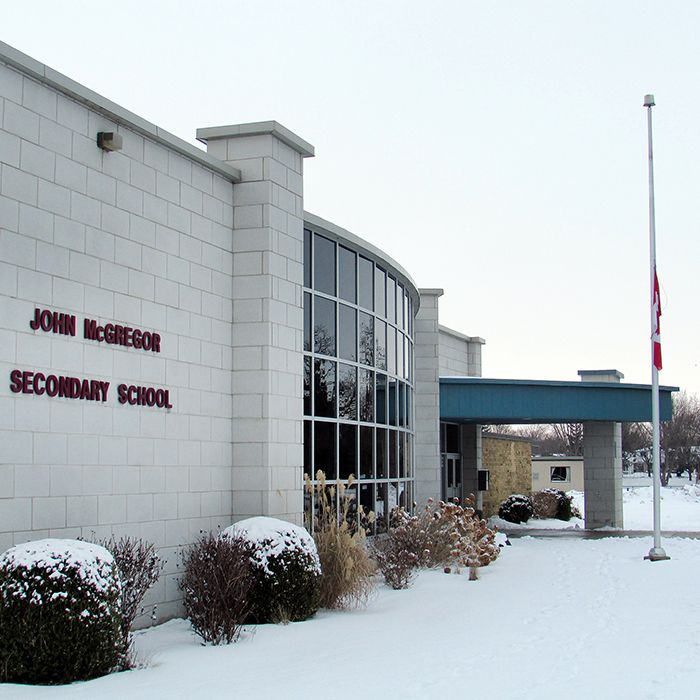 The principal and staff at a local high school are receiving praise from the school board in how they dealt with a teen bringing a knife to the school Monday.

“There was some excellent work done by (principal) Mr. (Don) Zondag and his team,” he said.

Chatham-Kent police have now charged a 17-year-old Chatham youth in connection the incident.

Police say about 10:30 a.m. Monday, they were called to the Chatham high school after teachers learned a student brought a knife to school. Staff secured the school and officers were quickly able to locate the student.

A 17-year-old youth faces charges of carrying a concealed weapon and possession of a weapon for a dangerous purpose.

Doey said it is “very infrequent” for schools in the board to have to execute any of their student safety plans, but Monday’s incident illustrated the need to be prepared.

“This underscored the importance of drills we undertake at all of our schools,” he said. “You never want to have to apply these skills and these plans, but when the occasion arises, people need to have a game plan.”

Doey said the board has different response levels to threats. Yesterday, JMSS did not go into full lockdown, but instead undertook a “hold and secure” where classrooms and other school areas near the class where the student in question was situated were locked from the inside.

“Staff just went door to door quietly, and staff were posted in the hallways,” he said.

Once police had the student in custody, Doey said the hold-and-secure order remained in place briefly. He said officers wanted to conduct a quick investigation while they were there.

Doey said the school staff contacted parents of students in the classroom that held the teen who reportedly had the weapon to let them know what happened. He said school staff also sent phone messages to parents of all JMSS students yesterday, directing them to the school’s website for more information.

He added that some students likely found yesterday traumatic, and students need to know there is a support system in place for them.

“It’s important to have supports for students. When you have the (police) tactical team come in, that can create some anxious moments for people,” he said. “We wanted to be sure the other students were feeling OK. We have school staff available and, depending on the circumstances, we have board counsellors.”

The board can also bring in Victim Services, when needed.

The LKDSB works with the OPP, Sarnia police and Chatham-Kent police to develop protocols on responses to in-school threats.

“This maps out who is responsible and how things should happen,” he said.

As well, school staff today do more than just fire drills with their students.