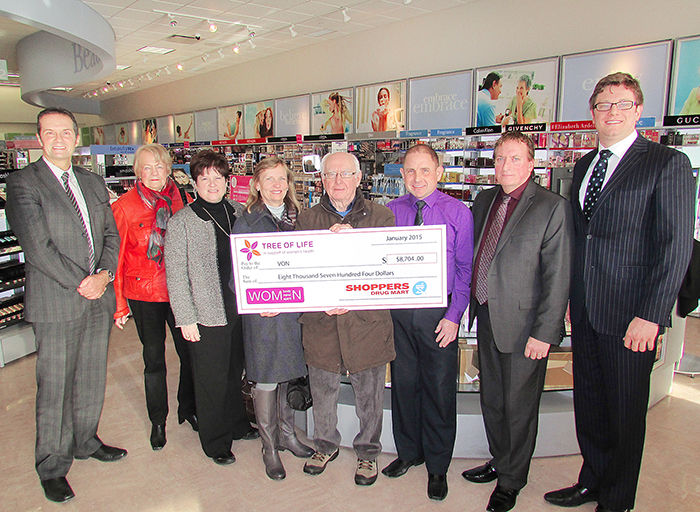 The funds were collected in recent months through the chain’s Tree of Life campaign, where customers could purchase a paper leaf for the tree, thereby donating to the campaign.

Jon Jewell of the VON said the organization would be unable to operate without the help of charitable donations such as what Shoppers has done.