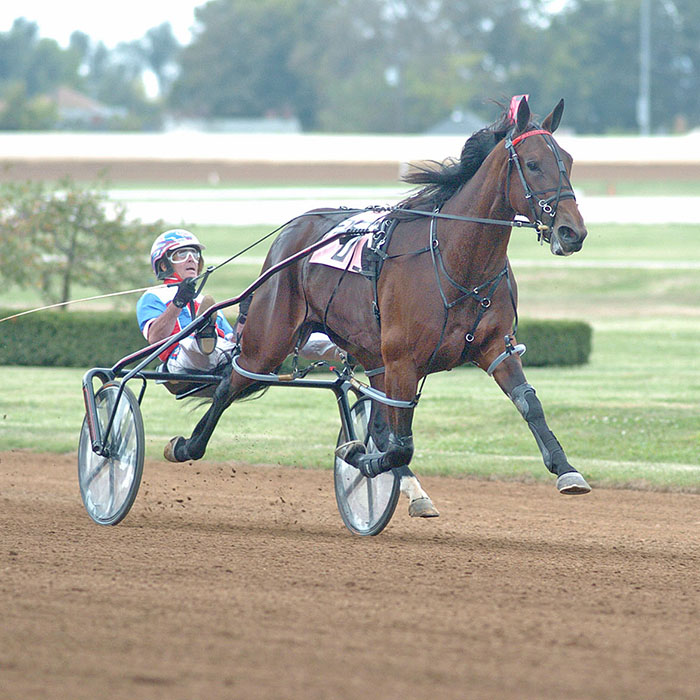 Harness racing at the Dresden Raceway in 2015 is currently on hold.

The Ontario Racing Commission (ORC) confirmed it has launched an investigation into the application by the Dresden Agricultural Society to operate the Dresden Raceway this year.

Ray Kahnert, manager of communications for the ORC, responded to an e-mail on behalf of Steve Lehman, executive director for the ORC.

“To clarify jurisdiction, the ORC examines applications from those companies or associations who wish to receive a license to operate a racetrack,” Kahnert said. “So to be accurate, it is an investigation into the application.”

Kahnert said the ORC will be withholding a decision until a new board of directors is in place for the Dresden Agricultural Society.

“As noted in (the Racing Commission Act 2000), racetrack operators can be subject to an ORC due diligence examination,” Kahnert said. “Such an examination was underway for the licensing of Dresden Raceway to operate racing in 2015.

Kahnert added: “The ORC is now aware that there may be new Board members for the Ag. Society. Until this matter is confirmed, the decision to license Dresden Raceway will be held.”

Kahnert said the dates that were announced in December for the Dresden Raceway are still “proposed” to take place.

The Racing Commission Act 2000 states that the director may make inquiries and conduct investigations into “the character, financial history and competence of an applicant for a licence or the renewal of a licence that are necessary to determine whether the applicant meets the requirements of this Act and the regulations.”

Horse track operators are required to apply for a license each year.

A membership meeting was held Jan. 7 at the Dresden Arena, where the board of directors for the Agricultural Society were voted out.

North Kent Coun. Joe Faas said Lucille Laprise was voted in once again as president of the group at the meeting.

“They re-affirmed Lucille Laprise as president and then they dismissed the current board of directors,” Faas said. “They appointed eight people on an interim basis to assist Lucille in the transition.”

Faas said the Agricultural Society would be electing a new board of directors at its annual general meeting, which takes place Jan. 28.

QMI Agency has reported that Laprise had been dismissed by the now former board of directors back in October for a number of alleged reasons.

“I don’t have all the details … but I think that is what got the membership together to figure out what is going on,” Faas said. “Basically, we said we need to get this sorted out or the Ag. Society is going to go on a downward trend. I think they felt they had to come up with some solution to move things forward.”

Faas added, “I think that is what the purpose of dismissing the current board was. They’re electing a new board at their annual general meeting, so the Ag. Society can start new and start working on the things that they do.”