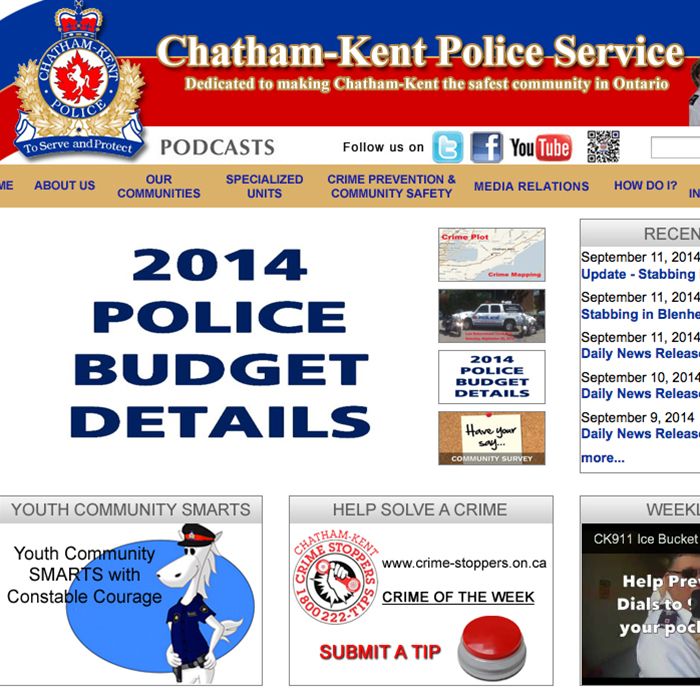 The Chatham Kent Police Service posted budget information Thursday on its website following a Chatham Voice story a day earlier, but South Kent Coun. Frank Vercouteren said he isn’t ready yet to cancel his Freedom of Information request for a line-by-line budget submission. Vercouteren said this afternoon he hasn’t seen the new information to tell if it’s sufficient to answer his questions.

The CKPS notified The Voice that the budget had been posted in March, but that a link was deleted and it was re-established overnight once that fact became public knowledge.

Vercouteren was joined in his FOI request by Chatham Coun. Michael Bondy who requested detailed information about the John D. Bradley convention centre, which, according to projections, will have lost $1 million by the end of its third year of operation.

The councilors were assailed by South Kent Coun. Art Stirling on social media for “political opportunism,” the Chatham Voice for “lazy journalism” and all parties for “deliberate misleading of the public six weeks before the election.”

In an interview with The Voice, Stirling said the information posted on the police website is at “the same level of detail” as other municipal departments.

“This is a campaign stunt,” Stirling said. “Coun. Vercouteren tabled a notice of motion regarding police just before the 2010 election.”

He said it’s possible that the municipality won’t be able to put together a meaningful response to the Bradley Centre FOI before voters’ head to the polls Oct. 27.

Vercouteren responded to the criticism by saying, “I had the request ready to go in June. My wife passed away and I didn’t get back to it until this month.”

Of the convention centre, Bondy said, “of course it’s an election issue. I’m running for re-election and people are asking me what’s going on with the centre. I don’t feel comfortable with what I’ve been given and I’m not about to say otherwise. I will not apologize for trying to do my job even if it upsets other councillors.”

“Since there are political implications for the various councillors, we didn’t do a person-by-person survey regarding whether they were happy with their fellow councillors’ FOI request. We relied on the mayor as head of council to bring his perspective, however, his failure to address the issue has left a hole in the story.

“Intimations that the budget information was listed on the police site when we were searching for it has been refuted by police,” he said.  “Our intent is to provide information enabling voters to make a more informed decision on whomever they elect.”