Raising awareness and funds for the Chatham-Kent Women’s Centre not only helps the non-profit organization, but it could win participants more than $1,000 in prizes.

The prizes are a way of saying thank you to the estimated 150 walkers who will participate in the Sept. 14 Walk A Mile In Her Shoes event at the Downtown Chatham Centre.

Tracy Lucio, community development and volunteer co-ordinator of the centre, said the largest prize is a round trip for two on VIA to anywhere between Chatham and Montreal.

In addition, there are date night packages with RetroSuite accommodations and meals at local restaurants, concert tickets at Casears Windsor, a home renovation kit and even more prizes.

“In addition to those draw prizes which any walker can win, we also have prizes for the top three individual, large team and small team fundraisers. Without support and aid of the community, it would be impossible for us to do the job which needs to be done,” she said. “Saying thank you is the least we can do.”

The sixth annual event is the major fundraiser for the centre which last year received 951 crisis calls and served 1,500 women, nearly 700 children and six men dealing with domestic violence.

Desiree Swance, event co-ordinator, said the event will begin at the Downtown Chatham Centre at 12:30 p.m. and is open to any member of the community.

There will be entertainment and a photo booth for those who want to commemorate their participation.

The event has participants walk a short distance in red high-heeled shoes as a way of showing solidarity with those victimized by domestic violence.

Women’s Centre executive director Hal Bushey said the event has raised in excess of $100,000 and is an important part of the centre’s financial operation.

“We must raise $105,000 this year in order to make up for the shortfall in government funding,” he said. “We haven’t had an increase in a number of years.”

For more information or to register, contact Swance at 519-351-9144 ext. 222, email her at desireesw@ckwe.org or visit the centre website. 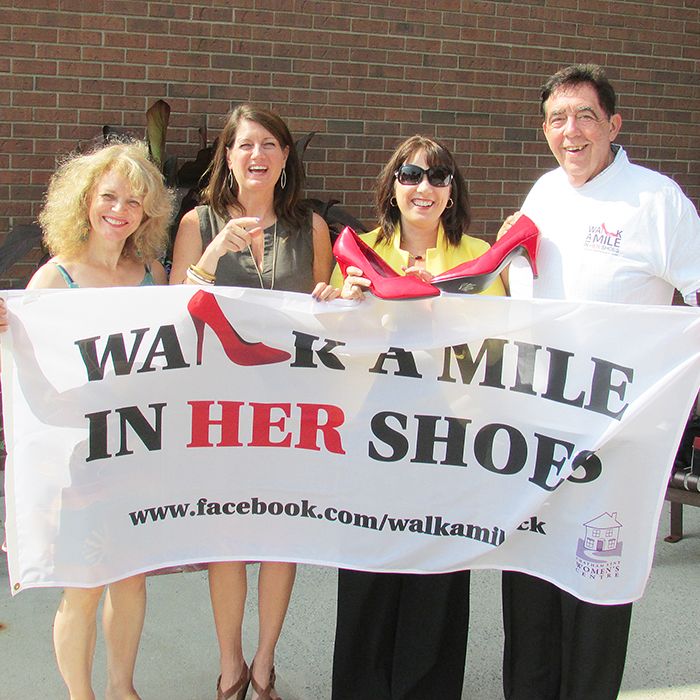