South Kent native Rick Lockyer just wanted to know more about how to help new businesses get on their feet. Instead, he’s hoping to help kids around the world start learning more easily, and at a very young age.

Lockyer, who lives in Rothesay, just outside of Saint John, NB, is the lead mind behind MooBook, a mobile device app that helps people create and customize their own alphabet books, improving each child’s word-association abilities in the process.

The concept is that parents – and even their children – can snap photos and upload them to the MooBook to create the alphabet books with images to which they can best relate.

“This allows parents to create their own ABC e-book. You can put a picture of a child’s dad in the book for ‘D,’” Lockyer said.

MooBook entered its beta testing phase July 7, on the Android mobile phone and tablet platform. An initial version, called MooBook Light, will be for sale in about a month’s time, Lockyer said.

How Lockyer got into developing an app is about as circuitous a route as how he wound up living in New Brunswick.

He grew up in Erie Beach and Blenheim and went away to the Golden Horseshoe, eventually obtaining a degree in social work from Hamilton’s McMaster University. 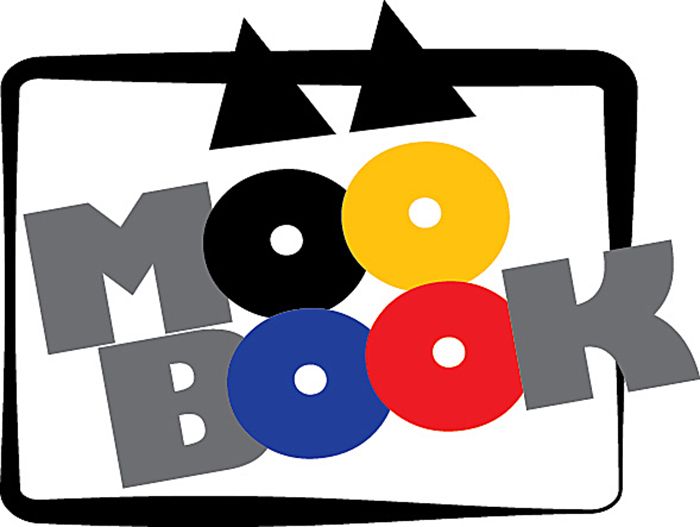 Lockyer worked in Hamilton for about a year before heading west to Vancouver to seek opportunity on the West Coast.

“As a young social worker, graduating from McMaster, it’s not an easy job to get into in the Golden Horseshoe. British Columbia was hiring at the time and it was some place I always wanted to go,” he said.

Lockyer and his wife lived there for about a dozen years. Through that time, he got tired of his career choice and opted to head back to school to Simon Fraser University, taking computer science.

He entered school at the height of the Dot Com boom, but by the time he was done with the condensed program, the bubble had burst.

He still landed at a solid software company, Crystal Decisions, which is now part of software giant SAP.

“I was a quality assurance tester. It was just an incredible environment. The lessons I learned about software development and testing were of incredible value,” Lockyer said.

But with a growing family, he and his wife had some decisions to make. They ultimately opted to leave Vancouver when they found out they were expecting a second child.

“Vancouver is very different than Chatham-Kent or Saint John. It was bloody awful to raise a kid. Long commutes, long work days, expensive real estate even a long commute away,” he said. “And then there is the high property crime and car theft. It’s not an easy place to live unless you have money or family support.”

With his family in Chatham-Kent and his wife’s in New Brunswick, they had to make a decision. Eastward they went.

“Now, the in-laws are 20 minutes away and are a big help,” Lockyer said.

When he and his family first arrived in New Brunswick, there were very few tech jobs in the province. Lockyer went back into social work for several years until the job markets shifted.

Eventually, he went on and opened his own consulting business.

“The startup community is a going concern in New Brunswick. A lot of us see a lot of potential,” he said. “We are a dirt poor province. There is a lot of opportunity to help business startups.”

That includes attending a Startup Weekend seminar to learn more about how to help budding entrepreneurs shift from concept to implementation. But the process is quite hands on where attendees can pitch ideas.

“I didn’t actually plan on pitching an idea, but as people were pitching, I thought, ‘I’ve got ideas. This is really neat.’”

Lockyer had a minute to explain his concept. Attendees opted to retain his idea for the weekend seminar, and then the real work began.

“You get down to five or six people per team. The idea is the person has to recruit a team from within that room,” he said. “From there, you get the rest of the weekend to develop a working business plan and do market validation to see if anyone is willing to pay for your product.”

As for the app’s moniker, Lockyer said naming their project was one of the first items on the checklist at the weekend seminar. An artist on the team created a logo on the spot.

“Cows go ‘moo!’ That’s universal; everyone knows,” he said. “One team member happened to be an artist. He didn’t say a word, but just sat there doodling, or so I thought. We were debating and he all of a sudden held up his work, and we all stopped, looked at it and loved it.”

To end the weekend, Lockyer and his team pitched the retooled concept to a panel of judges, and they ultimately won.

Lockyer’s initial concept was to establish a website-based e-commerce platform where people could upload photographs and publish an alphabet book.

His interest was all due to his own child.

“When my daughter was young, she wouldn’t visualize properly. She’d say, ‘I want to go to the park,’ and we’d take her to the park and she wasn’t happy. She wanted to go to a specific park and a specific place.”

Lockyer said children often visualize differently. For example, if a family has a van, one child may see it as a car, while another call it a van, and still a third says it is a minivan.

Being able to tailor-make a picture alphabet book can help parent and child communicate better.

“A picture in the book is supposed to be of a familiar object,” Lockyer said.

His weekend creative team liked the concept, but offered tweaks, including changing it from a website to an app for smartphones and tablets.

It is designed to work in any language the phone or tablet supports, so it has global-reach potential.

“We hope people will see the value the way we do. That’s a cup of coffee a month to make it more fun for your kid to get the basic literacy skills,” he said. “And for older kids, it can be another outlet for creativity.”

While children are an obvious target market, Lockyer sees the book being utilized by more than just preschoolers.

“It’s useful for folks with communication difficulties, for autism, people with memory issues, such as people with early Alzheimer’s,” he said. “You can tweak the book so it is not so youth oriented.”

Then again, for kids on a long road trip, he sees parents encouraging them to create their own alphabet book as they travel, taking pictures along the roadway and placing them in a MooBook.

“I’m no developmental psychologist, but I believe when you are engaged in creating some of the content, it helps you retain more of the information,” he said.

The Pond-Despande Centre, which helps advance innovation and entrepreneurship, gave the MooBook brigade a grant to help them get going.

“We’re using the money to create a landing page on the web. We will also buy a stack of (inexpensive) tablets and hand them out to a couple of local day care centres and let them test the app,” Lockyer said.