The backyard of a north Chatham home became a little bit more beautiful recently with the release of nine butterflies, courtesy of a Chatham woman who’s made their propagation a joyful hobby.

Linda Douglas has been raising monarch and black swallowtail butterflies for the past three years in response to a marked decline in the colourful insects.

She’s released more than 200 into the wild and has an 80% survival rate from egg to adulthood. In the wild, the survival rate is 1-2%.

“I’ve always loved butterflies but I have been seeing fewer and fewer of them,” she said. “This year we’ve seen even less than ever before.”

Douglas’ foray into “growing butterflies,” as she calls it, happened when she found a caterpillar while pulling parsley from her backyard garden.

“I took it off the plant but went back later and got it, put it in a jar and went online to see what it was,” she said.

It turned out to be a black swallowtail, one of nearly two-dozen varieties of butterfly that are found locally.

Since then, she has converted a spare room in her home where she keeps butterflies as they go through the various stages from egg to caterpillar through chrysalis.

While butterflies in the wild live an average of 14 days, Linda has had black swallowtails that lived much longer, including one that lived for 82 days.

She said the insects respond to her presence when she enters their room.

Linda and husband Patrick believe the decline in butterflies is in part due to the use of neonics, a type of agricultural chemical that has been linked to widespread honeybee deaths.

While raising swallowtails Linda purchased some parsley at a grocer only to see half of the group she fed die shortly after eating it.

“I washed it but I obviously couldn’t get the chemical off the plant,” she said. “It’s never happened with the parsley I grow here.”

Douglas has planted milkweed and other butterfly-friendly plants in her backyard and she keeps meticulous records on each insect.

“I keep the records because I like to, but anyone who likes butterflies can put the plants in their yard and attract them,” she said.

Earlier this year, the provincial government took milkweed off the noxious weed list, allowing it to be planted. Several municipalities have begun planting it due to the fact that it attracts monarch butterflies.

Linda has written the premier to support a ban on neonics. The province is currently studying use of the chemicals and is looking at possible restrictions by 2015.

“There is lots of evidence that these chemicals are harmful to a number of species. They shouldn’t be in use unless we’re certain the good outweighs the harm,” she said. 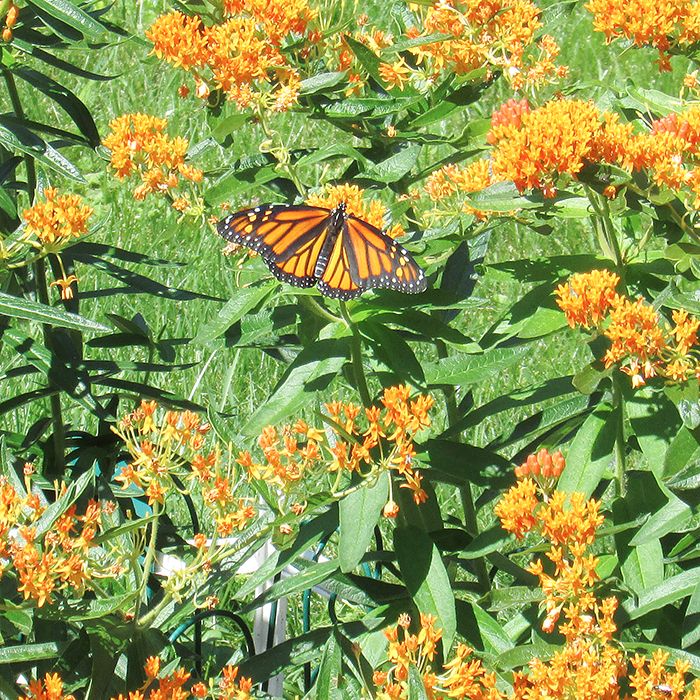