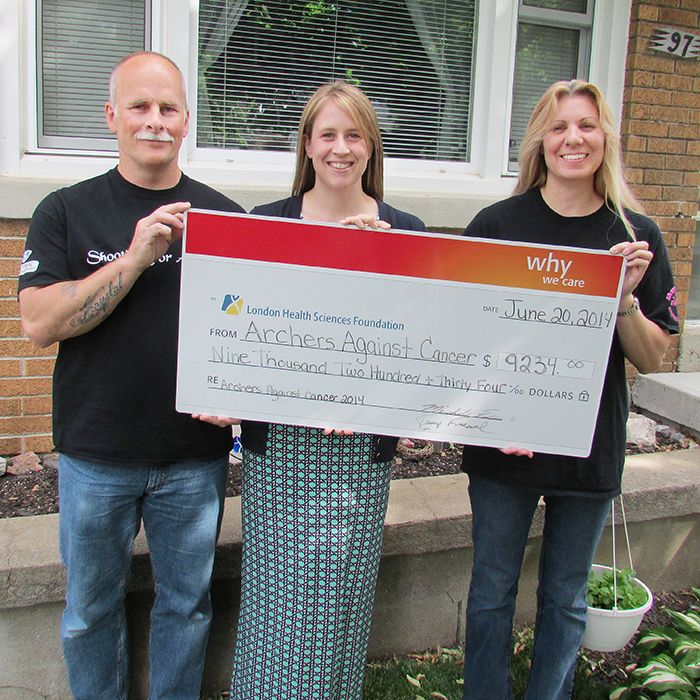 The fourth annual Archers Against Cancer event June 7 and 8 exceeded all expectations, pulling in $9,234.

In the previous three years combined, the event, held near Dresden each year, brought in about $11,000. Total to date now tops more than $20,000 in funds raised by the event.

Organizers Terry and Michelle French had hoped to raise $7,000 this year, but were floored then the final number topped $9,000.

Pictured here sandwiched between Terry and Michelle is Shannon Digby of the LHSC Foundation receiving the donation.