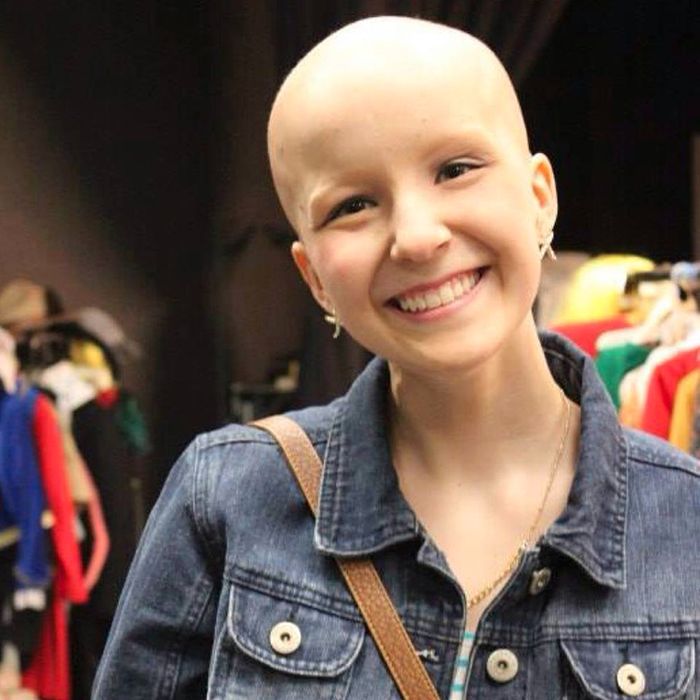 Deb Owen, a family friend, credits Sophia for having a huge impact on her life.

“She helped me believe in love; unconditional love for your friends and neighbours,” she said. “I just want everyone in Chatham-Kent to always remember her.”

Owen, whose family used to live on the same street as the Vlasmans, organized Rock N Roar for Sophia. That concert at the St. Clair College Capitol Theatre raised $10,000, enough so that Ronald McDonald House in London will have a room in Sophia’s name.

Ray Power, principal at UCC, said Monday was a difficult day at the school, despite the fact it was a professional activity day.

“It was certainly one that’s got mixed feelings. There’s a sense of relief knowing Sophia is not having to suffer any longer. But the shock and the grief of the situation, even though we knew the time was coming, it’s still very hard,” he said.

The school lost a very classy individual,” he added.

“Sophia is one of these young ladies who is very charismatic. You wanted to be around her,” Power said. “She was involved in a lot of things at the school; was very connected to the school.

“Because of the fact she wanted to give, you wanted to know her. She was just fun to be around.”

Sophia’s impact on the school was never so evident than six months ago when the entire school participated in a one-perspective video shoot, lip syncing Katy Perry’s “Roar” as a tribute to Sophia as they danced through the school, ending up en masse in the gymnasium. That video has garnered more than 43,000 views on YouTube.

“People are very aware of her and the support the people in the school wanted to give her,” Power said. “Her battle became a very public fight. A lot of people wanted to join in and be helpful.”

By embracing Sophia during her fight, it is hard for some to let go. Power said the St. Clair Catholic District School Board brought in the compassionate care team to help counsel students through this difficult time.

“They (the team) had helped us in some planning prior to Sophia’s passing. They’ll be on hand for a portion of this week to support our students,” he said.

Power said he expected a good number of students and staff to attend Monday’s visitation for Sophia at the funeral home.

Owen said she planned to attend as well, saying goodbye to her friend.

“Basically, Sophia and her whole family are very positive kind-hearted people. They never have a negative thing to say about anyone,” she said. “They aren’t cynical either. They just don’t have that. They are always looking on the bright side. Always had a smile on their faces. They’d give you the shirt off their back.”

That positive attitude had a big impact on Owen.

“I’m more cynical. I have more of a negative side to me,” she explained. “They and Sophia have given me a different outlook on people. I now tend to see the better side of people than the worse.”

Owen said both families were quite close for a while, until her clan moved a couple of streets away and the kids wound up at separate high schools.

“They were like peas in a pod. They played together, went to the same birthday parties together,” she said. “My kids loved going over there.”

“There was a need in me to be able to show them (the Vlasmans) how much I love them and care,” she said. “Chatham-Kent came out, they represented, and showed the Vlasmans how much they cared about them too.”

Sophia leaves behind her mother Jodi, father John, and siblings Sammi and Clark.