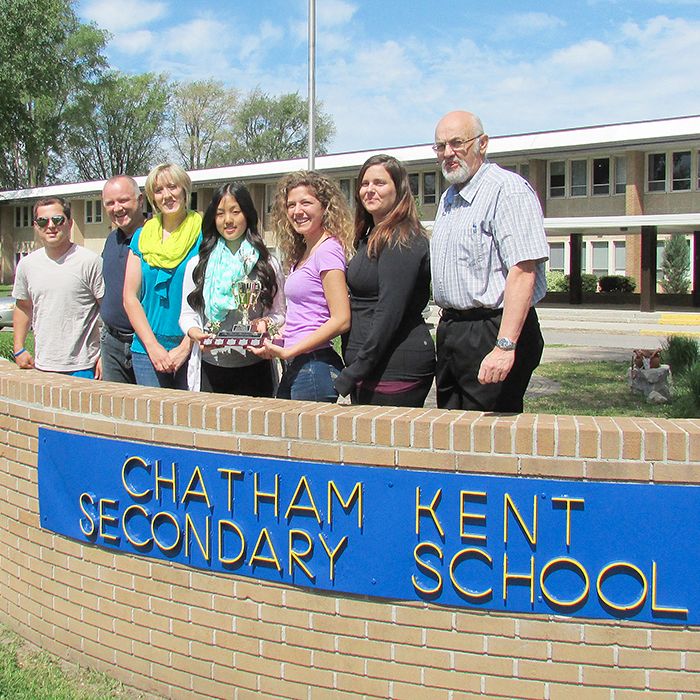 Well, that jersey is handed out to the Tour de France leaders. CKSS students and staff earned a trophy instead for top fundraising school.

Nick Jacobs, program co-ordinator for the Chatham-Kent branch of the Heart & Stroke Foundation, said the five schools raised more than $6,500 through their Big Bike efforts. Of that total, CKSS accounted for $2,775, as students and teachers put in teams.

Overall, Jacobs said funds raised from the Big Bike this year topped $90,000 across Chatham-Kent. That’s down significantly from the $127,000 raised last year.

Ninety-two teams, totalling 1,300 riders, took part this year over a span of 10 days in May.

Jacobs said the secondary school element of the fundraiser is in just its second year, but its future is very bright.

We saw a big increase this year over last,” he said.