May 7 • Feature Story, Local News • No Comments on McBusy during McHappy Day 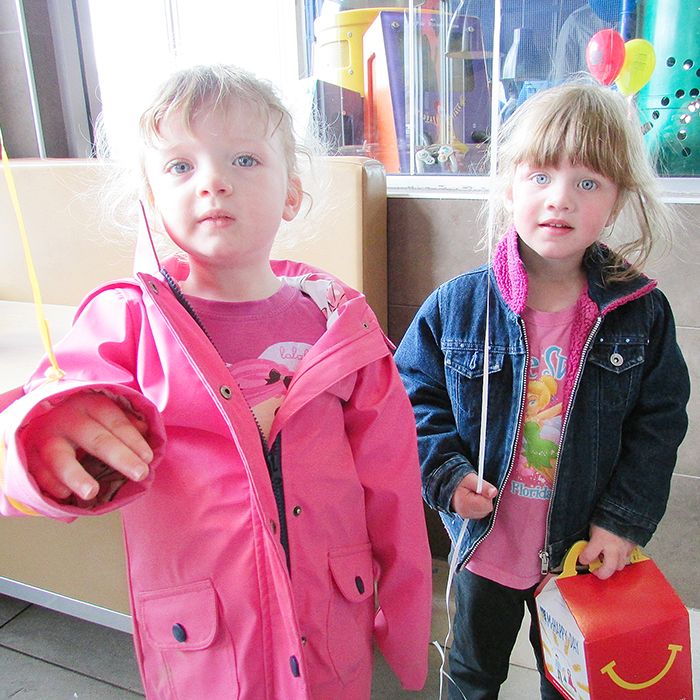 Alia Tetrault, 3, and Ellie Steinfield, 2, enjoyed their Happy Meals at McDonalds Restaurant on St. Clair as part of the McHappy Day fundraiser for children’s charities, including Ronald McDonald House.

The pair also got a balloon as in the deal. 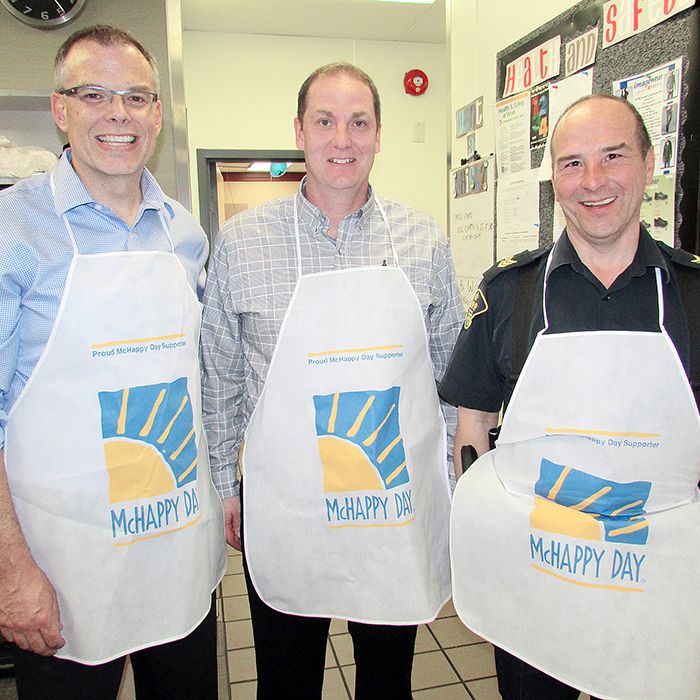 The annual McHappy Day fundraiser, which raised more than $19,000 across Chatham-Kent, featured local business and community leaders who lent their time to prepare food, sell it and clean up. Pictured are Mike Lindley from Union Gas, McDonald’s owner Wade Crosby and OPP Sgt. Steve Auger.

« Two down, two to go Budget leads to ballots »