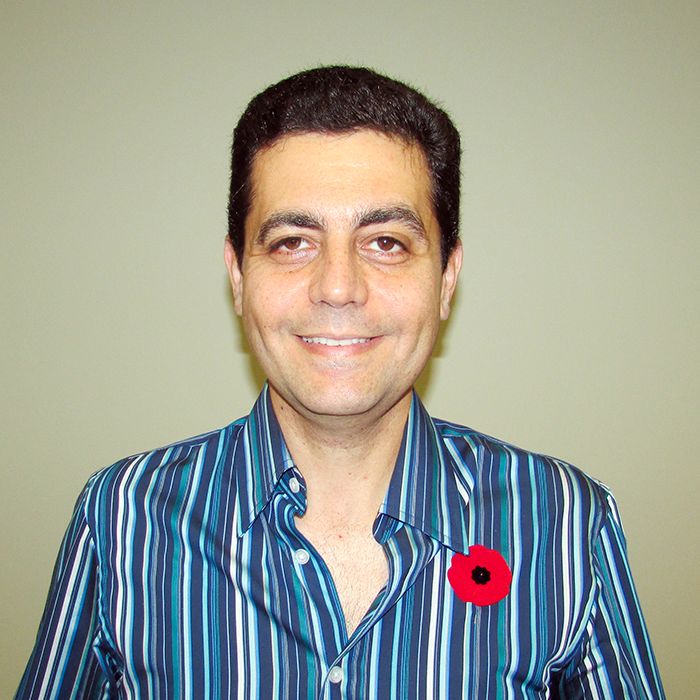 For Al Parsai, it was a question of mind over matter – change the mindset and everything else doesn’t really matter.

Parsai had such focus forced on him in early 2012. The Chatham man was experiencing frequent headaches severe enough to make him see his doctor.

He said the doctor told him he had high blood pressure and had a choice to make: change your lifestyle or go on medication.

Parsai opted for medication, which caused even more headaches. So, he had to change through weight loss.

“Enough is enough. I have to change my ways,” he said of his revelation.

Over the next eight months, Parsai shed more than 80 pounds, stopping when he reached his desired Body Mass Index figure. He walked into his doctor’s office in February of 2012 at close to 250 pounds, and by the end of September that same year he was down to below 165.

Parsai’s way, considering he’s working on his masters degree in counselling psychology, was to study various books and examine what he needed to change to create a permanent fix.

“I looked into how it is some people can change their lives, breaking bad habits and even addictions,” he said. “Behind the behaviour of not doing anything is the mind. Change the mindset and change the behaviour.”

“You educate yourself, learn what to do; put it into action to make sure you don’t relapse; and treasure your success,” he said.

As for the “movement” element, Parsai, now an avid runner who recently completed his first marathon, strongly believes in physical activity.

“We need it because we need to shift from our largely sedentary lifestyle to an active one,” he said of Chatham-Kent residents. “There’s a prevalence of obesity in our city. More than a quarter of our adults here have high blood pressure.”

Parsai said he had strong support throughout his weight loss efforts, as his wife, Goldie, had also begun a pound purge a few weeks earlier.

He said he still eats bacon, hamburgers and pizza, just not as much and not as often. Parsai credits continuing to enjoy the tasty things in life with helping to keep the pounds off.

“One of the reasons I have not had a problem is I did not go on a diet,” he said. “I never stopped eating what I really liked.”

On Nov. 19, Parsai hopes to see others embrace his EAT Movement. He is speaking to a gathering of local residents at the United Way of Chatham-Kent’s building at 425 McNaughton Ave. in Chatham. Tickets are $20, with all the proceeds going to the United Way.

“I love Chatham. I didn’t want to make any money doing this, so I thought it would be great to donate to the United Way, to help them reach their goal,” he said.

Parsai said tickets have been selling well, but there are still some available.

“If even a few people who attend want to change their lifestyle, that would be great,” he said. “I hope to motivate people to change.”