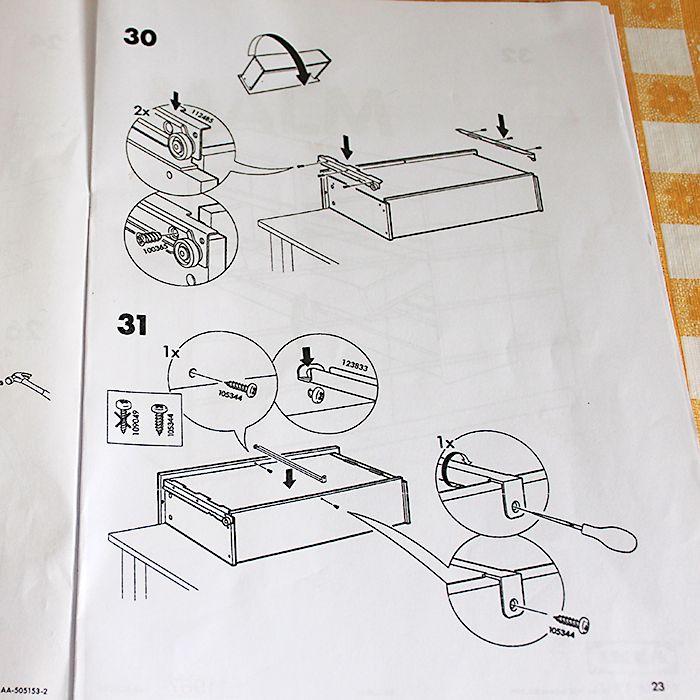 Creak, crack, groan – that’s pretty much the perfect way to describe me these days when doing stuff around the house.

I sometimes wonder if I sound like an old oak tree in a cold November storm.

On the weekend, I creaked, cracked and groaned as I put together a dresser for my daughter.

A person realizes just how far into middle age he or she really is when efforts like this take up an entire afternoon.

But, I have tons of excuses, starting with the instructions. They mocked me from the get-go, telling me it would take about two people 90 minutes to put the dresser together.

Four hours later, I was done.

Instead of clearing one six-by-six workspace as the instructions suggested, I started building in my wife’s tight office space. As I progressed through the build, I realized I really did need more space and spilled the main work into my daughter’s bedroom. I actually did the big construction right on her bed.

Going room to room slowed things down. Then again, so did the instructions – you know, the ones that no longer use written words, so you could be illiterate, or not speak a word of English, and still put the dresser together (and probably much faster than I could).

Not only did the instructions mock me, they did their best to confuse me as well. Most “some-assembly-required” items have numbers affixed to each part to make it easy to differentiate. Not this thing. As result, I had to carefully look at each drawn piece on the instructions and find the corresponding actual piece of wood from the box.

I took my time on this and managed to get them all right. I think I’ve learned from experience after building other “some-assembly-required” items incorrectly to the extent they started looking like a prop from a Tim Burton movie instead of the nice picture on the front of the box.

So I gave the two stick figures beside the “90 min.” clock image on the instructions a rude gesture and continued building.

Eventually, I had what looked like the shell of a dresser. Everything seemed to fit properly!

All that was left were the drawers – six of them. I sat in my wife’s office chair, building drawers in my lap, for God knows how long. And I had to get up to put each drawer in after construction – you have to do this for mental health purposes. For me, it’s as much to watch the project come together as it is to make sure I didn’t screw up and put a drawer rail on backwards, or even upside down.

Finally, as I installed the last drawer, I stepped back, and called my wife into the room to revel in my creation. She was ecstatic. But I think it was as much for having the dresser done, and actually built properly, as it was to have me effectively out of her hair for the afternoon.

Our daughter came home later that evening, took one look at it and was all smiles. She gave me three of my favourite words, “Thank you, Daddy!”

The dresser, a tall, coffee-coloured upright model, replaces a beautiful long oak dresser that just took up too much space in the room. We moved that piece the next day, standing it up on its side and sliding it along on towels down the hallway and into the spare room (“spare” being where I get to keep my clothes as my wife owns the closet and dresser in our room, as is the case in so many homes around the continent).

I’d finished the dresser shuffle and only had a few articles of clothing and some clutter to get rid of when I realized it was almost 1 p.m. on a Sunday – kick off loomed. I called it quits and headed to the man cave to creak open the recliner, crack open a beverage and moan in content.

I was the candy man again this Halloween, as our daughter went out as a member of Men in Black.

The lousy weather left us with leftover candy – not always a bad thing, but this time around we were in serious overload.

I was even handing out large quantities, and managed to convince the UCC We Scare Hunger folks to accept some sweet stuff, along with a selection of non-perishable food items.

It was great to see that group have another good year bringing in food for our local food banks.