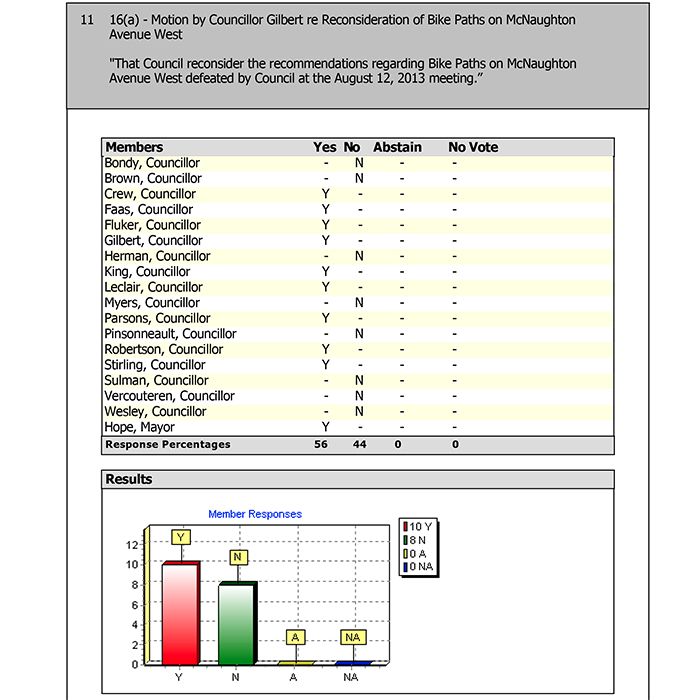 Council shot down a staff recommendation to remove parking on McNaughton Avenue West in Chatham.

After a lengthy debate by council and presentations by staff, there will be no changes in regards to parking on this stretch of road in the city.

A notice of motion by Chatham Coun. Anne Gilbert to reconsider installing bike lanes on McNaughton Avenue West did not receive a two-thirds majority and was defeated.

Several deputations were conducted for people in favour of installing bike lanes on McNaughton, while others were against the bike lanes, and still more talked about wanting to keep parking on the street.