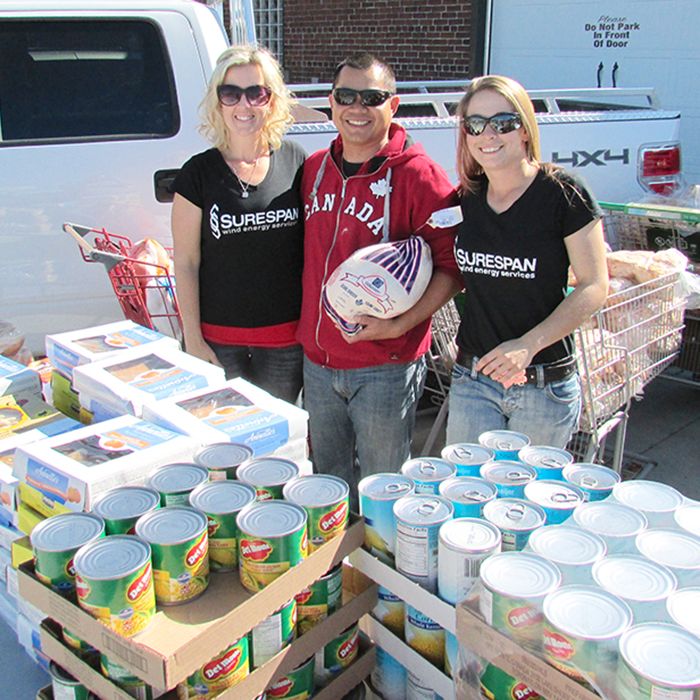 From left, Jaime Emrich, Meng Ngoy and Jaime Martin of Surespan Wind Energy Services handed out full turkey dinners to 65 families in need Thursday at Outreach for Hunger in Chatham.

The donation is part of the Surespan Cares Program, Emrich said.

“This was all done through employee donations and fundraising,” she said.

Sheri Swan of Outreach said the dinners are really appreciated.

“An awful lot of people would go without if they (Surespan) didn’t do this.”

One Response to Thanksgiving dinner for 65 families