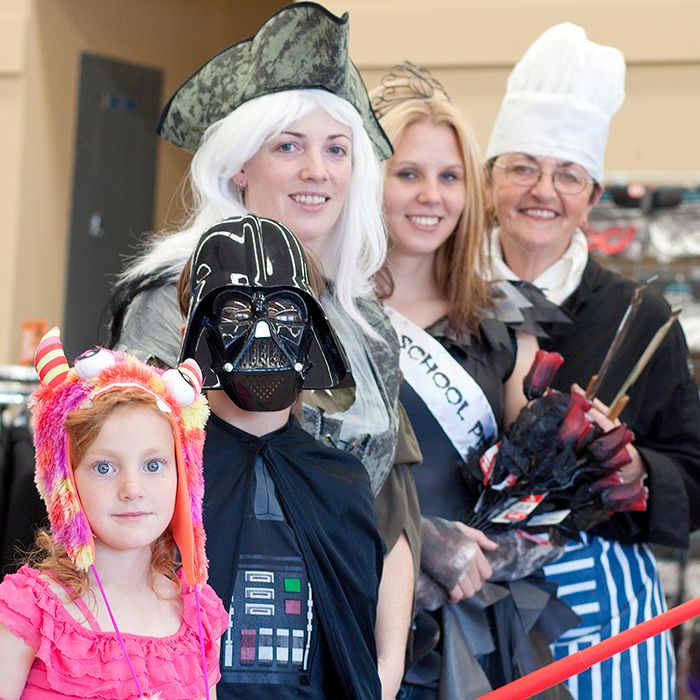 Halloween costumes were on display by models Ruby Dodman, far left, Owen Dodman, Donna Dick, Laurra Wills and co-ordinator Erica Pal, far right at Value Village during their fashion show on Sept. 26. Customers can pop into the Chatham store every Thursday at 4 p.m. for another spooky fashion show and get costume ideas.