Pay attention to the small things in life

Aug 29 • Bruce Uncorked, Feature Story • No Comments on Pay attention to the small things in life 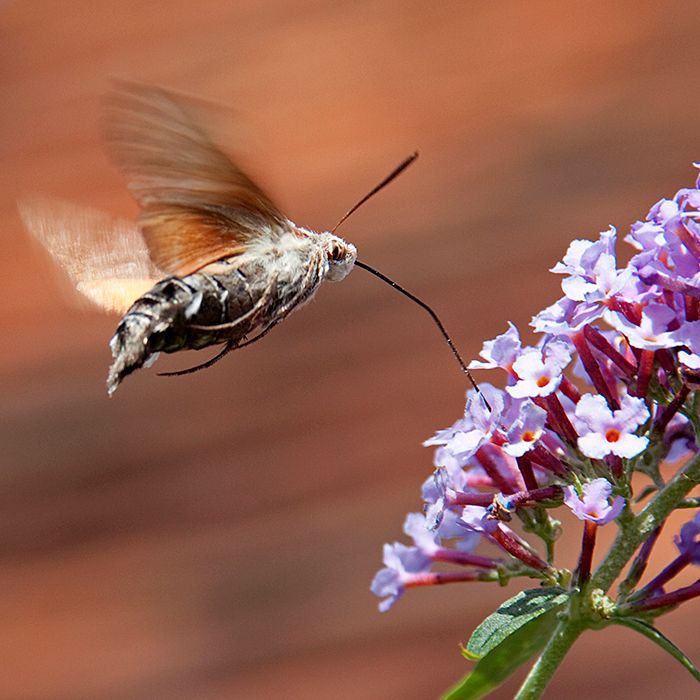 Some weekends, it’s best to enjoy the smaller things in life. That aptly described our most recent weekend in C-K.

On Saturday, I attended friends’ annual outdoor party northeast of Thamesville. Along with great music, good friendship, awesome food and cool beverages, there were the other visitors to the party – the birds and bugs.

I arrived early with my “date” – my wife had another engagement and so did my date’s hubby – and we helped with some of the set up of the party. We were the first visitors to set up lawn chairs (which we never ultimately used) and to gaze upon a cluster of huge sunflowers and other plants in the middle of the yard.

I knew hummingbirds regularly visit the property, as the woman of the house puts out martini glasses filled with sugar water. But I was surprised to see what at first looked like a miniature hummingbird approach the flower cluster. Our hostess casually pointed it out as she named off several species of butterfly that were visiting as well.

If you pay attention, you can learn new things every day.

One of the little things that I was surprised didn’t visit this backyard in numbers on Saturday were mosquitoes. The yard is surrounded by woods, in which the mosquitoes seemed content to remain.

I’ve been bitten more often just cleaning our pond filters in our backyard in Chatham than I was all afternoon and into the evening Saturday.

And just as the mosquito season was late this year (and seemingly unending, except for this Thamesville property), so too apparently is the wasp season. Late August is prime wasp-in-your-drink season normally, but we saw only a few Saturday.

Perhaps it is a sign our summer will linger well into the fall. We can only cross our fingers.

On the topic of bugs, where the Thamesville gathering seemed to have a pleasant dearth of mosquitoes, my daughter’s recent trip to Shrewsbury had hordes of them. As part of a dance camp, the girls spent a couple of days on Rondeau Bay at their instructor’s home. They spent the first night in tents, but clouds of mosquitoes drove them crazy and the next night was spent grabbing whatever floor space they could indoors.

One of our daughter’s friends counted 27 mosquito bites. This despite the use of bug spray.

Our girl has nasty reactions to mosquito bites. They can swell up in large welts. Fortunately, she didn’t take 27 bites, but had her share, including one on her knuckle that had her entire hand swelling up.

Ahh, the magic of Benadryl. She took some Friday night and seemed much better, while Miss 27 was still in discomfort Saturday night at another party for our new Cougar friend (if you didn’t read last week’s column, this is a woman who recently turned 40). A dose of Benadryl seemed to help, but the stuff does knock you out.

All too soon, she was ready to go home. The night before, our daughter slept for about 11 hours.

All part of just another weekend in Chatham-Kent.

« Council fails bike users in Chatham The shame of inaction »