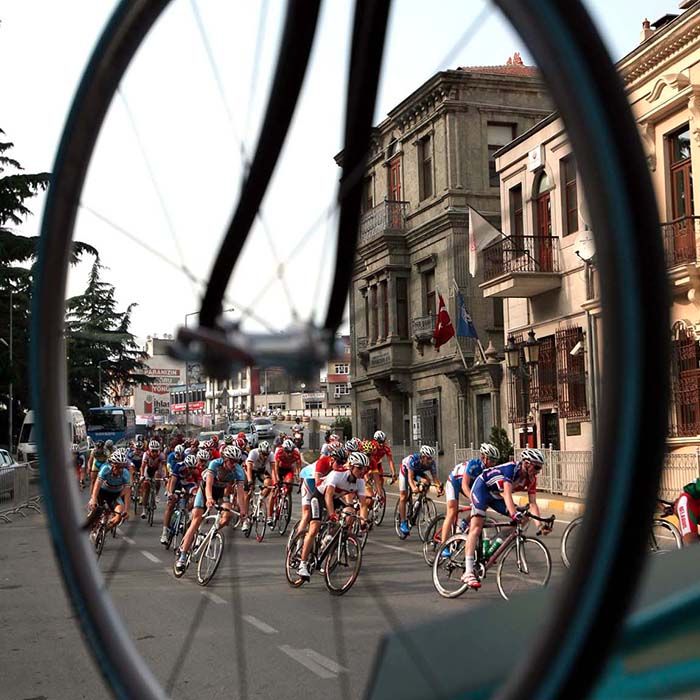 If you’re driving along River View Line in Raleigh on Saturday afternoon, you’ll find yourself in the middle of a provincial cycling championship event.

Close to 200 competitive cyclists from across the province will be here for the Ontario Cycling Association Provincial Time Trial championships.

The competition begins at 2 p.m. and is expected to wrap up around 6 p.m.

The staging area is near the Union Gas service centre on River View near Bloomfield Road.

There will be minimal interruption to traffic since the cyclists ride individually, unlike the bicycle races staged on a closed downtown multi-street course in Chatham in the 1980s and ’90s.

“It’s not like your traditional road race where you’re racing against competition,” said event organizer Dylan Lanspeary, of Windsor.

“It’s one rider by themselves, completing the distance in as fast of a time as they can,” he said, as the cyclists leave the start line individually in one-minute increments and are timed for their distance.

There are various divisions in the women’s and men’s categories with distances of 15, 25 and 35 kilometres.

The riders head west along River Line until they reach the halfway mark of their distance, where they turn and head east back to the finish line.

“It’s called the race of truth or the race of strength because it’s a type of discipline where you race against the clock,” Lanspeary said. “There’s no draft and you have no teammates to help you.”

Lanspeary said the event would have minimal effect on automobile traffic.

“The road stays open, it’s not necessary to close it because the riders are going one at a time, they stay as far to the right as possible and they follow the Highway Traffic Act,” he said.

“It’s no different than a motorist coming across a cyclist on the road on any normal day.”

However for the safety of the riders, barricades will be set up at various points along the course to inform drivers of the cycling event.

The turnaround points will be manned by security, stopping vehicle traffic to allow the competitors to change direction without interruption.

Lanspeary said this is not an event where recreational cyclists can show up and participate.

“This is not an entry level event; these are the best cyclists from across the province,” he said.

“We will crown Ontario champions, and these riders will use their results on their racing resumes for the provincial and national team selection process.”

Lanspeary said several areas around the province were considered for the event but the River Road was selected because of its unique layout.

“For a time trial course, you look for a quiet road with a bit of scenery, with limited intersections and impact on local residents,” he said.

“This course fits what we were looking for.”

Lanspeary said he is familiar with the road from cycling here from Windsor.

“We often ride to Chatham and this is a common route we’re very familiar with … it’s a good cycling route.”

The Ontario time trials are the first of two events on the holiday weekend, as the majority of the cyclists will head to Windsor on Sunday for the Tour di Via Italia, the oldest running criterium in Canada.