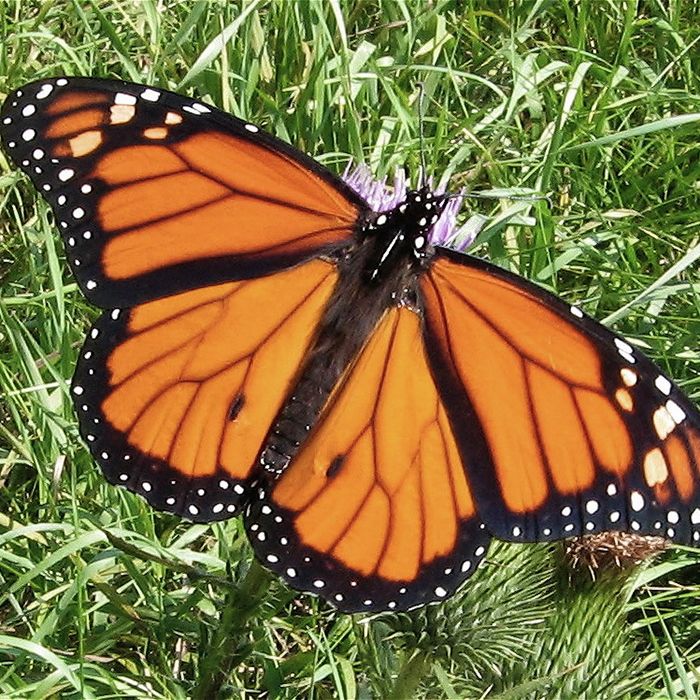 Normally this time of year, it’s not an unusual sight to see monarch butterflies flapping their distinctive orange, white and black wings through the air.

This year is another story altogether.

According to Nature Conservancy of Canada conservation biologist Todd Farrell for Central Ontario, the numbers of monarchs are down this year.

Based in Peterborough, Farrell says there can be a number of reasons to help explain why this is happening.

“Sometimes numbers can decrease because of a bad spraying or from weather along the way,” he added.

“You have to look at the trends – it’s hard to tell in one year if the numbers are going to plummet,” he added.

Butterfly counts done across Ontario by volunteer groups and naturalists help Farrell get a bigger picture.

Monarch butterflies, known for their remarkable journey, travel thousands of miles each spring to make their route north to Canada from Mexico, breeding along the way.

Carol Pasternak, a monarch butterfly enthusiast from Toronto who has been raising the species for 30 years and who has written a book called “How To Raise Monarch Butterflies, A Step-by-Step Guide For Kids” says this year is unprecedentedly low in numbers of all migratory butterflies.

She said while there is a delay in the monarch’s arrival, which is just beginning in Southern Ontario, there is no doubt butterfly sightings will drop.

The late arrival, caused by a combination of droughts and a cool, wet spring in the US, discouraged both reproduction and created unfavourable migration conditions.

The loss of monarch habitat is also a concern – Pasternak says more land is being converted to genetically modified farmland, receiving quantities of herbicide with no damage to food production.

However in turn, milkweed, a crucial component to the butterflies for both feeding and laying eggs, which naturally grows between rows of crops, is being eliminated in these areas.

“Without milkweed, there are no monarchs,” said Pasternak.

However, Pasternak says there are easy ways everyone can help, starting with the ceasing of roadside mowing of milkweed and planting of milkweed wherever anyone can, even if living even if in an apartment.

“We can take a portion of our lawn and plant milkweed. It’s beautiful, you’ll bring wildlife to your yard and it doesn’t just have to be your own yard,” said Pasternak encouraging community centres and institutions to take part.

Kids and their parents can also get involved in quick and easy one-month project together to raise a monarch butterfly and learn about the species.

“It’s my belief that it will encourage kids to love nature,” Pasternak said.

Farrell says if the monarch butterfly were to become extinct, their unique story would not be the only loss.