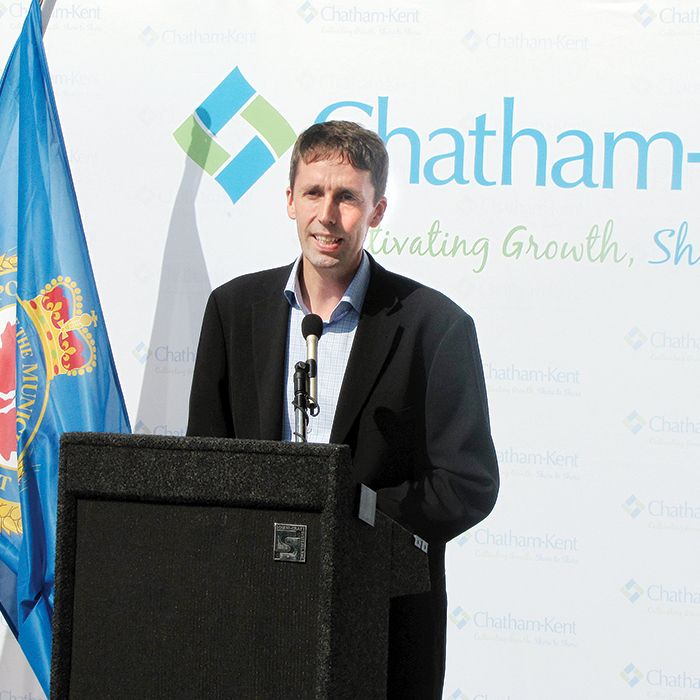 Work is underway to improve the safety and accessibility of the Chatham-Kent Municipal Airport.

The improvements include extending the main runway by 500 feet, upgrading the lighting system and installing an automated weather system.

A $2.5-million donation from the South Kent Wind project is covering the cost of the project.

The airport project was officially announced at a news conference on Aug.2.

“This has been such a great community for us to be a part of,” said Colin Edwards, senior project developer for Pattern Energy, of the funding. “When we come into communities we invest significant amounts of money in different projects, whether it is infrastructure, education or the environment.”

In addition to improving the safety of the airport, Chatham-Kent Mayor Randy Hope said the project will make the airport “a more viable economic engine” for the area.

Noting that the airport helps to support current businesses such as Union Gas, the facility is used as a marketing tool to attract new business.

“That would have been a difficult task for the municipality to invest that type of money,” said Hope of the South Kent Wind investment. “(It) makes sure we don’t have to put the enhancements we’re making here on the property taxes. That’s good for us when we can get the private sector to work in partnership to enhance infrastructure that is critical in the growth.”

A local company, Huron Construction Inc., will do the construction work.

According to a news release, the work will generate 20 temporary, full-time jobs, while gravel and asphalt will come from C-K supplies.

The construction is expected to be completed by the end of the year.

One Response to $2.5 million improvement begins at airport