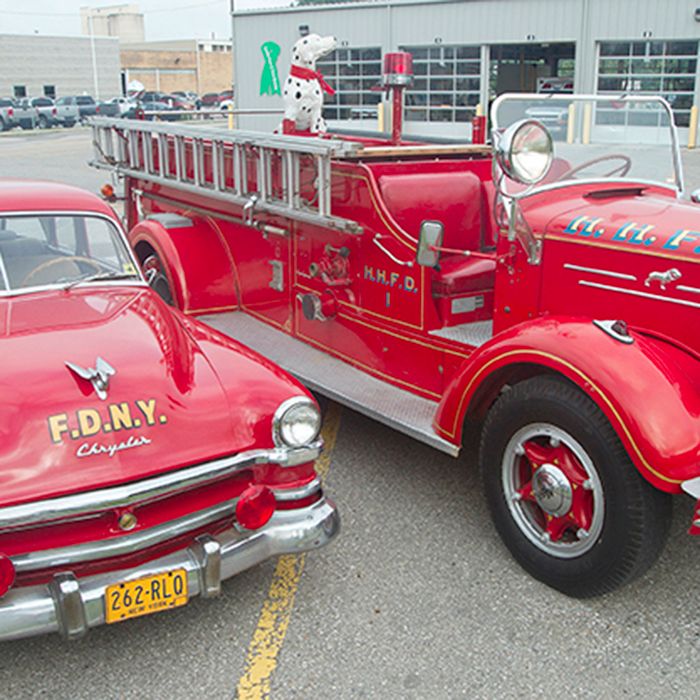 Brent DeNure still remembers attending fire truck shows with his father while growing up.  Now, he is organizing one of the largest fire truck events in Canada.

DeNure is the chair of the second annual Chatham-Kent FireFest, an event that will showcase antique fire trucks and emergency service vehicles Sept.21 DeNure also served as the chair for FireFest last year.

“The idea for FireFest was born two years ago when my brother in-law and a good friend of mine were at another fire truck show,” said DeNure, the owner of Affinity Distinctive Jewelry.  “We thought, ‘why couldn’t we do something like this in Chatham-Kent?’ So we began aggressively pursuing the idea in March 2012 and it was one of the biggest events of its kind in Canada for the 2012 season.”

On Sept. 21, downtown Chatham-Kent will host a number of unique fire trucks and emergency vehicles from Canada and the United States.  The vehicles will be displayed on King Street between Second Street and Fourth Street from 10am to 4pm. The event will conclude with a Parade of Vehicles.

The free event will boast a number of rare vehicles, including an early 1920’s single chassis tiller, a truck that can be driven from both ends, which served in New Jersey.

“My dad is even a bit more fanatical about it than I am,” said DeNure.  “I have a lot of fun with it, but he has it running through his veins.  For years and years, he slept with a scanner beside his bed and would respond to fires and incidents or crisis around a community and in some cases beat the emergency responders there.”

“About 5 years ago, I was with my nephew and brother-in-law, going around our warehouse, and my nephew saw the fire truck and wanted to get it out and start playing with it,” said DeNure.  “I would credit him with being the reason why I got back involved with it.”

The organization of FireFest and the interest of fire trucks has become a DeNure family affair.  DeNure’s brother-in-law is also highly involved in the organization of FireFest and DeNure referred to his father as a ‘consultant’ in the planning process.  Even DeNure’s three sisters, who did not share his interest in fire trucks while growing up, now find the concept ‘super cool.’

“Having that shared interest has been great,” said DeNure.  “It’s been therapeutic.  It’s given us all something to look forward to and talk about and get excited about and debate.  It’s been fun.”

Attending fire truck shows with his father became a tradition for Brent while growing up.  Now, DeNure has started his own tradition in Chatham-Kent, one that he hopes will continue to grow.

“We’re trying to build something that doesn’t just benefit one little 11 year old, but benefits a whole community, including the firefighting program at St. Clair College and the Chatham Kent fire department. I’m a believer that as long as the public is interested in this and as long as truck owners are interested in this, that there will be a FireFest.”