The head-on approach regarding the Capitol Theatre issue could be the best thing to happen to Chatham-Kent municipal government in some time.

The ongoing questions, (this time surrounding the sale of the Annex and the $1.3-million municipal grant to St. Clair College) aren’t going away.

A number of the charges made by former mayoral candidate Ian McLarty allege incompetence, conflict of interest and even possible criminal conduct. These must be addressed.

There is a significant segment of the community (McLarty being the most visible) that simply doesn’t believe the mayor, council and administration are working in the best interests of taxpayers.

Chatham-Kent CAO Don Shropshire’s approach to The Voice online last week was refreshingly direct, saying that he wants as much detail McLarty can provide him on the allegations.

In the not-too-distant past, the first response to those unhappy with municipal affairs was that the complainant was:

a)    harming the municipality by being negative; or

First of all, questioning government is every citizen’s right. If you’re elected to public office or are drawing a public salary, get used to it or move on.

Secondly, claiming political motivation only clouds the issue. By waiting until the mayor was in China to make his claims, McLarty has left himself open to that criticism, but it’s something for the community to decide on and isn’t relevant to the actual issues raised.

The onus is now on McLarty to, bluntly, put up or shut up.

McLarty’s claims are so far reaching that it may be the only way to deal with them all is for outside agencies (a provincial judge, the Ontario Provincial Police, municipal conflict of interest officials) to look into the matter.

Whether there is enough to warrant an investigation is up to them.

The community can’t move ahead until this matter is settled and the best way to settle it is head-on.

OPINION: So little has changed 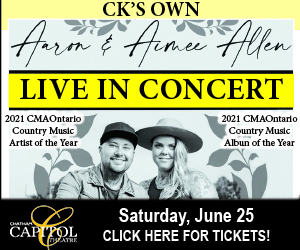