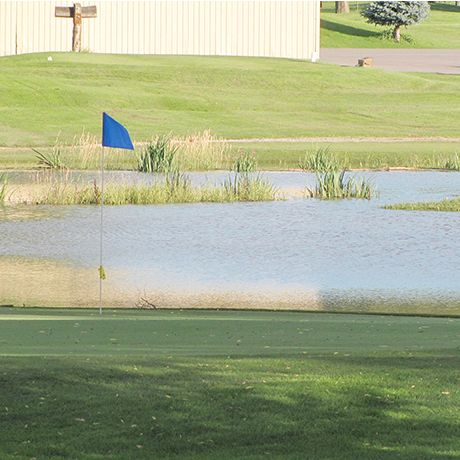 While the wet weather has idled sports fields, there’s a flurry of activity behind the scenes as organizers work to make up for lost time.

Weedon said he is in the middle of re-scheduling 19 nights and approximately 44 games.

Some teams might play three times a week and back-to-back nights.

“It’s been hectic,” added Weedon, who said this is the worst situation he has seen in the last 10 years.

Although the outfields have been saturated, he said the infields are in better shape.

“The City has done a great job for what they have had to deal with,” said Weedon.

Don Aerssen, a director with Chatham Youth Soccer, has the task of re-scheduling the games.

“This is probably the most rain dates that I can remember,” noted Aerssen, who has been scheduling for approximately 10 years. “This year we started out quick with a lot of rain.”

He said several games will be made up on Friday evenings and on Saturdays while many teams will be playing two games a week.

The key is to fit the games in while the weather remains co-operative.

“The sooner I can get these games in the better it is going to be because who knows what is going to happen when we get into August if we get more rain again,” said Aerssen.

As for the playing conditions, he said most of the fields have drained well and are playable.

A couple of exceptions are the fields off Keil Dr. near the Chatham Christian School, where Aerrsen said the water-logged spots have been marked.

The heavy rain early last week also forced the Links of Kent golf course to shut down for two days.

Matt Micallef, director of golf and facility management, recalled that it was the first time the course has closed in the five years he has worked there.

“There’s water in spots that we didn’t think could be imaginable,” said Micallef, noting that the greens on holes 17 and 9 were flooded while it was impossible to reach other holes.

“There are spots out there that you think are dry, and you’re driving a cart out there, all of a sudden you’re submerged in the water,” he added.

The conditions caused a tournament that was scheduled for July 12 to be postponed.

“It’s a pain but it’s part of the business and we have been pretty fortunate up until now that we haven’t had to deal with a lot things,” said Micallef.

While he doesn’t expect damage from the flooding, he said the big job will be removing the branches and tree limbs that were blown onto the course by heavy winds.

Owner Pam LeGros said July 9 was the only day that they didn’t permit power carts on the course.

“We’ve been pretty good. We’ve probably got the least amount of rain,” said LeGros, noting that the storms seemed to have moved more to the north and northeast of their location near Lake Erie.