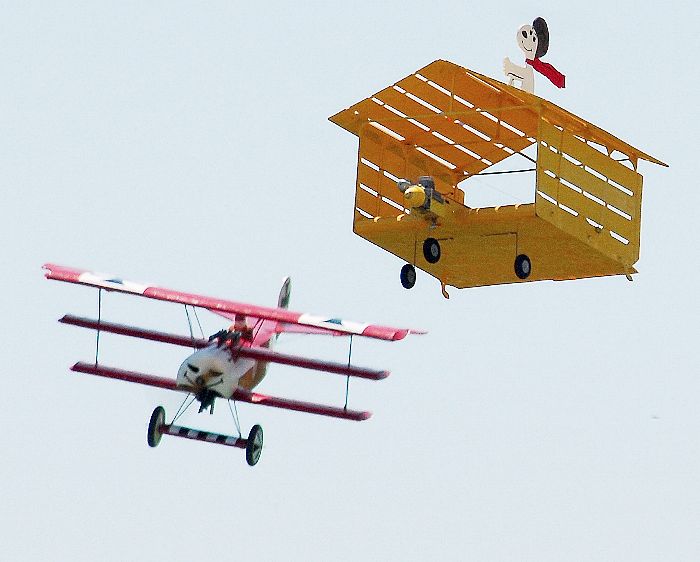 Snoopy and The Red Baron return to The Chatham Municipal Airport this coming weekend to renew their rivalry.

The two took to the skies last year – Richtofen in his famous red tri-plane and Snoopy in his ungainly doghouse – to, well, dogfight. And they’ll be back at it again.

The aerial duel is set to go July 20 at noon at the annual Chatham Warbirds and Classics radio control air show.

The show will feature pilots and their aircraft from across southwestern Ontario, Michigan and the U.S. Midwest.

Scale-model remote control planes include First- and Second-World War classics, and even jets.

Included in the show will be a Lockheed Hudson light bomber that has a 15-foot wingspan and weighs more than 100 pounds.

Admission to the show is $5 for adults, while children 12 and under are free.

Gates open at 9 a.m. and flying, weather permitting, will take place until 5 p.m. each day.