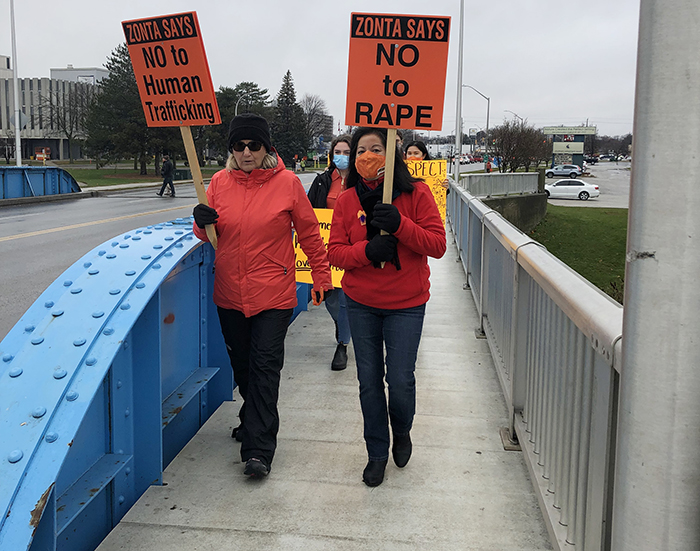 Thirty-five per cent of women worldwide have experienced either physical and/or sexual intimate partner violence or non-partner sexual violence.

As part of the 16 Days of Activism against Gender-Based Violence – an international campaign that aims to inspire action and end violence against women and girls around the world – the Zonta Club of Chatham Kent, along with members of the local community, will hold a demonstration on the Third Street Bridge on Nov. 25 between 12:15 p.m. and 12:45 p.m.

The 2022 Zonta Says NO to Violence Against Women campaign will match Zonta International’s efforts to help end child marriage, which, this year alone, will affect more than 12 million girls worldwide, according to Girls Not Brides.

At the local level, Zonta clubs across the world have organized activities and events as part of the Zonta Says NO to Violence Against Women campaign, which focuses on the service and advocacy actions of Zonta clubs and districts to prevent and end violence against women and girls in their local communities.

One in three women worldwide experience physical or sexual violence, most often by an intimate partner. Violence against women and girls is a human rights violation.

Each year during the 16 Days of Activism campaign, which runs from 25 November – 10 December, Zonta International encourages its clubs to participate in advocacy efforts that focus on prevention, protection and prosecution.