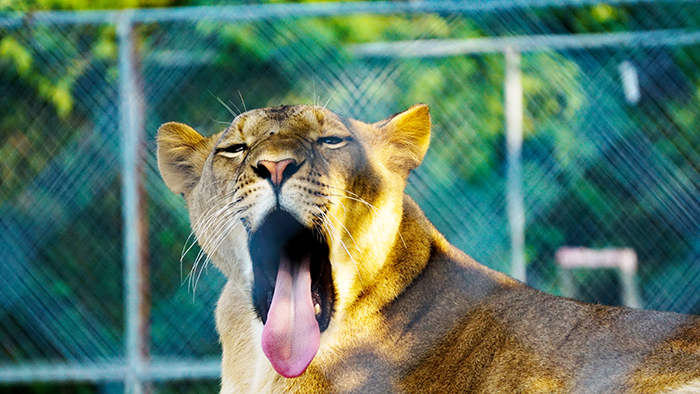 Folks at the World Animal Protection report were hitting below the belt this summer when they conducted their sneak inspection of Greenview Aviaries and published their list of concerns in their “Nothing New at the Zoo” report recently.

The report targeted 11 roadside zoos across Ontario, including Greenview, and was highly critical of conditions at these facilities.

For starters, it is glaringly obvious that nothing would make the World Animal Protection people happier than seeing all 11 sites shuttered for good. The report takes the direction that there is little oversight for roadside zoos in the province and lobbies for increased provincial involvement. But in reality, that doesn’t seem like it would appease this organization. It wants them closed for good.

Secondly, less than a month prior to the sneak visit, the Patten family took over Greenview. They wanted to make improvements and knew there were issues that needed addressing.

However, 28 days later, in slinks World Animal Protection. The Pattens barely had time to see where all the feed and equipment at Greenview was kept before they were undergoing a sneaky audit.

The new owners deserve a grace period. And kudos to them for acknowledging there need to be changes at their facility, and pledging to make them.

The family stated that when they were interviewed after taking over the zoo.

The new owners aren’t a profit-churning corporation. This is a family of animal lovers who sound like they want to put the care and treatment of the animals first.

They have plans to improve enclosures, especially for the big cats.

“It’s bugged me since I was a kid. It’s too small,” owner Alicia Patten said in the story in this week’s Voice. “It’s going to look like Pride Rock from Lion King eventually.”

Patten said they also had two animal welfare officers, a zoo inspector and an accredited zoo veterinarian conduct a detailed inspection, assessing the property and the animals. They’ve booked a contractor to build new and improved big-cat enclosures.

The Pattens seem to be moving in the right direction. They deserve time, and the benefit of the doubt, here.