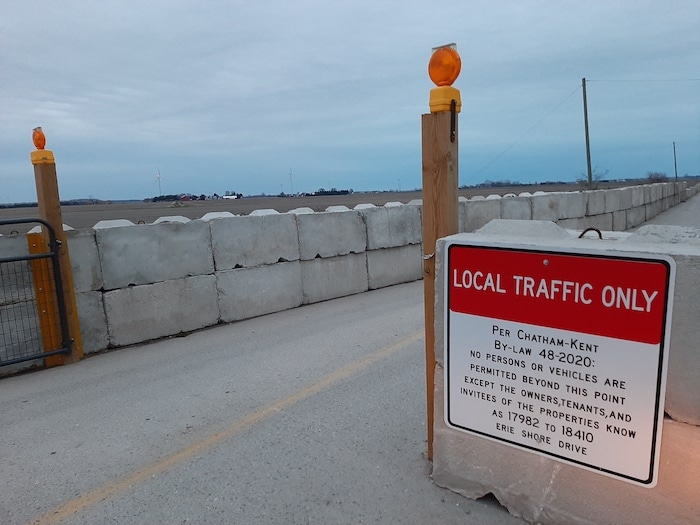 Erie Shore Drive, after more than two years in a state of restricted access, will soon re-open to two-way traffic.

High water levels and constant pounding of waves onto the Lake Erie shoreline in early 2020 forced the closure of the roadway. A state of emergency was declared Feb. 28, 2020, and the road was shut down March 9 of that same year.

Municipal officials said the dike was unstable at that time. Residents were temporarily evacuated and work took place to shore up the dike.

Since that time, water levels on the Great Lakes have lowered significantly, the Lower Thames Valley Conservation Authority reported.

As well, municipal Public Works personnel said there has not been a flooding event in 2022 that resulted in the closure of the roadway.

Golder Associates, re-evaluated recommendations from late March of 2020 in regards to the protection measures enacted along Erie Shore Drive. The consulting firm concluded such restrictions – including one-way traffic and access to local residents only – could be removed.

Public Works personnel have begun to remove the concrete blocks that were there to temporarily block and deny passage along Erie Shore Drive. The road will again accommodate two-way traffic and return to its previously posted speed limit of 40 km/h.