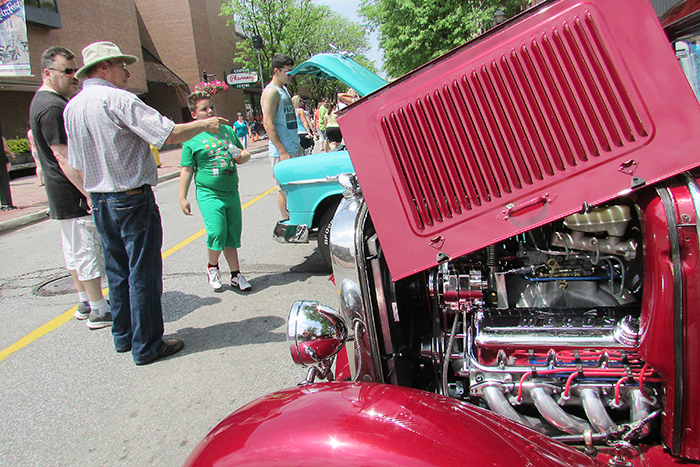 RetroFest 2022 is ready to roll into downtown Chatham this weekend.

The post-pandemic version of the renowned classic car show is set to fire on all cylinders, returning after two years to an in-person event.

Connie Beneteau of the Historic Downtown Chatham BIA is grateful the event can get back to normal.

“Thanks God we are all able to get together once again, live and in-person,” Beneteau said, adding the classic car show is back, as well as “everything retro-fun and in between.”

According to Beneteau, 300 cars from across the region and Michigan have already pre-registered and more are expected by way of registrations through the Kent Historic Auto Club.

The auto club and the BIA work together to make RetroFest happen, Beneteau said.

A part of the fabric of Chatham-Kent since 2001, RetroFest has drawn as many as 30,000 visitors to Chatham’s core over the course of the two-day event.

Beneteau said there’s plenty on tap for everyone to enjoy in 2022.

Friday night will feature the Maple Mutual Insurance Classic Car Cruise. Beneteau said cars will start lining up at the Bradley Centre at 6 p.m. in preparation for a celebratory ride that loops through the city, including the length of King Street downtown.

“We want everyone to come downtown and bring their lawn chairs and check out their favourites,” Beneteau said.

The afternoon will also feature free fun events at Tecumseh Park from 3 p.m. to 6 p.m. Sponsored by the Lally Auto Group, the activities include a 21-foot slide, a six-person boot camp and even paddle boats.

At the band shell, musical acts sponsored by TekSavvy will delight audiences from 5:30 pm. to 11 p.m. Big Shiny Toons and Jeremy’s Rejects will play prior to Toronto-based band 80’s Gone Wild.

On Saturday, cars will begin lining up at sunrise on King Street, in preparation for the Kent Historic Auto Club Classic Car Show.

At 9 a.m. the Optimist Club of Chatham has organized a Soap Box Derby to take place on William Street.

For a second day, the Lally Auto Group will sponsor a host of fun-filled activities in Tecumseh Park from 10 a.m. to 6 p.m.

Events at the band shell will kick off at 1 p.m. with the crowning of Miss RetroFest. The South Wind Buoys band will also be playing.

RetroFest 2022 awards for participating classic vehicles will be presented at 3 p.m. in the square in front of the Downtown Chatham Centre.

Then it’s back to the band shell for more music, sponsored for a second day by TekSavvy.

In 2019, RM Sotheby’s marked 40 years or operation, sponsoring a host of activities that raised more than $250,000 for local charities.