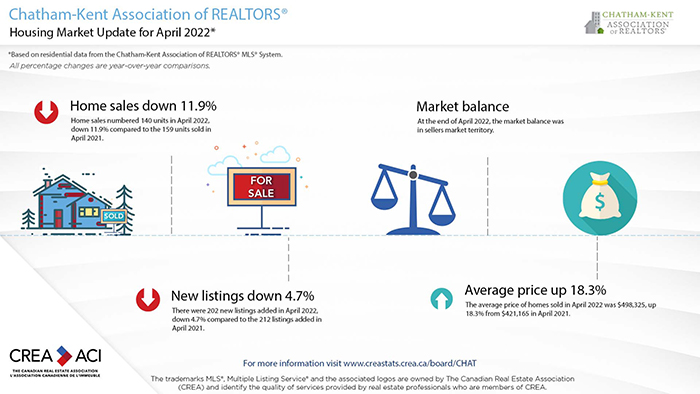 Home sales in Chatham-Kent cooled off in April, but house prices continue to climb.

According to statistics from the Chatham-Kent Association of Realtors (CKAR), 140 units changed hands in April, down nearly 12 per cent from the same month last year.

However, home sales still sat more than 16 per cent above the five-year average.

For the first four months of 2022, 511 homes have changed hands, which is down a little over five per cent from the same period in 2021.

“Home sales declined from last April’s record but not by as much as in other markets in the province. April’s showing this year was still one of the highest levels for the month in history,” she said in a media release. “New listings are still trending at average levels for this time of year, so now is a great time for buyers to come back to the market. On the price side things are still at record price levels, but we aren’t seeing as many offers.”

And despite fewer homes selling in April, the dollar value of all sales was $69.8 million, a gain from 2021, and a new record for the month of April.

In terms of the number of homes coming onto the market in April, CKAR stats indicated there were 10 fewer homes listed, 202, as compared to April of 2021.

Still, the new listings were nearly 18 per cent above the five-year average. 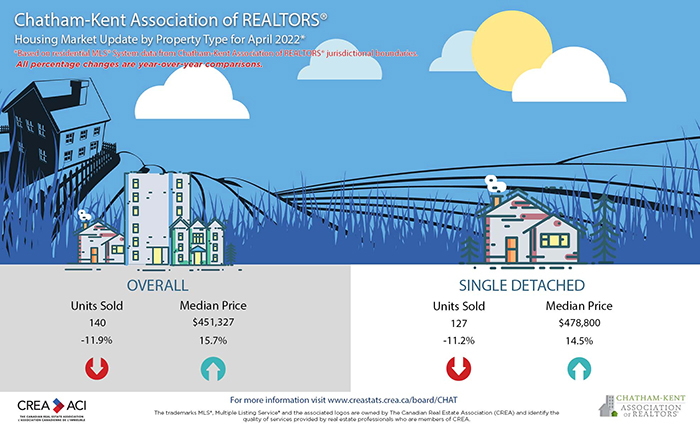