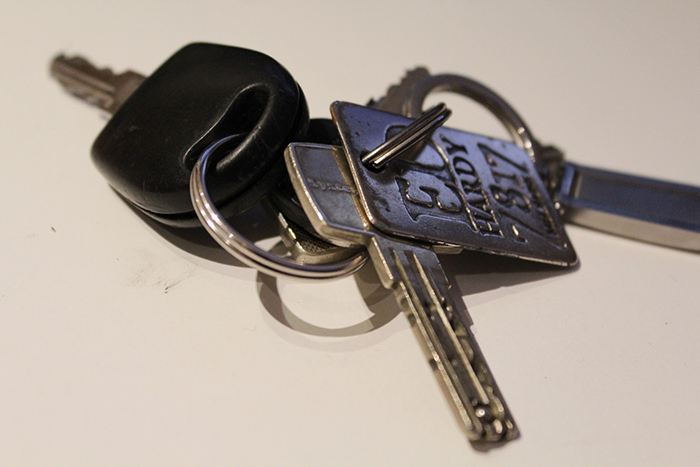 My wife has a bad habit of losing her keys. In fact, there’s only one person in our home who is worse when it comes to misplaced keys…me.

And when I misplace them, I automatically think someone else used them.

Why? Because due to my forgetfulness, I usually take great care to put the keys in the same place every day.

That’s how I don’t misplace them.

Except when I do.

I have two sets of keys (remember, I said I misplace these things). So, on Saturday, with my wife and daughter both out of town in different directions, I went to grab my keys.

Neither set was there.

Now, I distinctly remembered having put my keys away the night prior, so…someone else had to have grabbed them, right?

Before I went making accusations, I checked the pocket of the pants I was wearing a day earlier, and the shirt. Nothing.

So, I’ve looked for my keys. It’s time to blame someone else. I call my wife and ask her if she happened to have a set. Nope. She politely (she’s a saint who has put up with her husband losing her keys repeatedly in the past) suggests I look for them.

A call to my daughter reveals she has one set. Used them to lock the door a day earlier. Great. They’re in London. At least I know where a set is.

So, the sleuth in me retraces my steps, as my wife suggested and as I should have done prior to accusing others of taking my keys. The first place I looked was under the couch. Nope.

The second place I checked was the drawer where I usually keep my wallet, the same wallet that was in my pocket. I’d pulled the wallet out of that drawer not 20 minutes earlier. Sure enough, there they were.

Yeah, I texted Mary Beth to say I found them and told her where they were. She very nicely laughed at me, rather than chew me out.

Yes, she is a saint.

Hard to say the final goodbye

Here’s one thing I have a really difficult time doing: deleting the names of people from my contacts list or my social media accounts who have passed away.

I scroll past them at times, see a name, think about the person, consider deleting, but always leave it.

I fear at some point half my contacts will be comprised of people who have departed this world.

Sad, but happy for me at the same time.