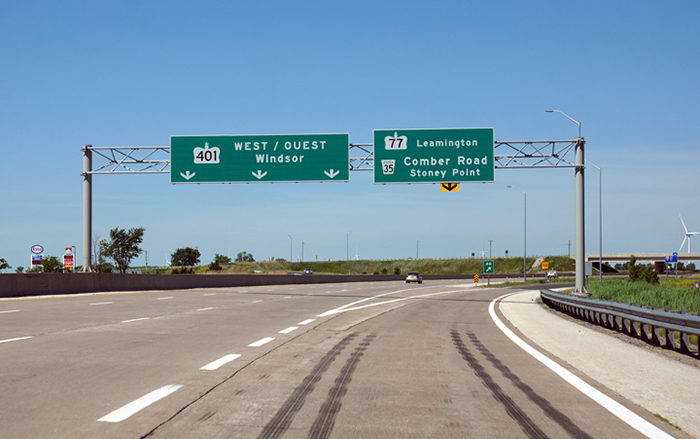 In three weeks, the trip from Chatham to Windsor will take a little less time.

The provincial government opted to raise the speed limit on Highway 401 between Tilbury and Windsor to 110 km/h, up from its current limit of 100 km/h.

The change follows several speed limit pilots and consultations and will align posted speeds with other jurisdictions across Canada, provincial officials said.

“Our government continues to find new ways to make life easier and more convenient for families and businesses that depend on highways to get where they need to go,” said Caroline Mulroney, Minister of Transportation, in a media release. “With road safety top of mind, these sections have been carefully selected based on their ability to accommodate higher speed limits.”

The Tilbury-Windsor section of Hwy. 401 is not the only section of highway pegged for the 110-km/h limit.

The QEW from Hamilton to St. Catharines, Hwy. 402 from London to Sarnia, Hwy. 417 from Ottawa to the Quebec border, as well as between Kanata and Arnprior, and Hwy. 404 between Newmarket and Woodbine Avenue north of Toronto will see speed limits increased to 110 km/h as well.

Six other provinces in Canada have set their speed limits in excess of 100 km/h on select segments of certain highways.