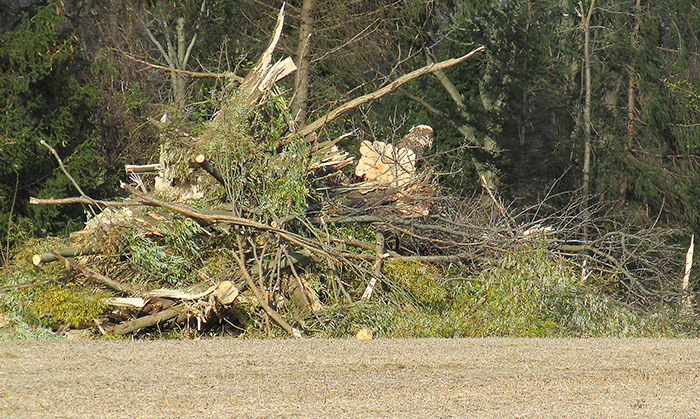 It appears Chatham-Kent may turn back the clock when it comes to handling its woodlot preservation strategy.

Instead, they sent recommendations back to administration to probe the feasibility of hiring a third party unbiased facilitator to oversee the woodlot strategy.

Administration has also been asked to explore the feasibility of hosting a face-to-face public meeting on the issue April 11.

The tight timeline means a NHCOTW decision on woodlot preservation – including the possible creation of a tree-cutting bylaw – will fall to the next council.

A report from administration was slated to come before council Monday night.

South Kent Coun. Clare Latimer, an ardent supporter of the farming community, was responsible for bringing forward the requests.

Initially, Latimer put a motion on the floor to specifically hire Bryan Boyle and Associates to facilitate and oversee the current process.

The motion failed 8-8, however a second motion, that omitted a specific name for a third party hire, was put on the floor by South Kent Coun. Anthony Ceccacci who said he wanted to support Latimer’s efforts.

But Ceccacci then withdrew the motion, saying he did not want to “unravel” all the good work that’s been done by the committee so far.

Instead, East Kent Coun. John Wright put it back on the floor and it was approved.

“We’re selling our farmers short here and we need to let them speak up,” Wright said.

Latimer stressed she’s hearing that farmers and rural landowners don’t believe they are being heard.

“The reason I brought this forward is because of my constituents,” Latimer told the committee.

“They – whether we agree with them or not – perceive they have not been heard,” she said, adding they say the “science-based information” they’ve presented hasn’t been taken into consideration.

“Another perception is that our municipal staff is directing this process,” Latimer said, adding Boyle would be a good choice for the committee as he helped shepherd the process in 2013 and is trusted by farmers and rural landowners.

“They (farmers) don’t feel we understand the information that they provided to us,” Latimer said, stressing she is “pleading” with the committee to consider the recommendations.

But as for the logistics, Chatham-Kent’s general manager of community development Bruce McAllister said it will take at least three months before the hiring process can be completed, adding it will take until July before a new person can be brought on board.

There was plenty of agreement to slow the process down. South Kent Coun. Trevor Thompson and Chatham councillors Amy Finn and Doug Sulman all chimed in saying more time is needed to make the best decision.

Hosting a public meeting on a short timeline may also be problematic.

Both McAllister and municipal clerk Judy Smith said it may be difficult to hold a public meeting April 11 at the Bradley Centre as some rooms are already spoken for.

A hybrid-style meeting, which would blend in-person and online Zoom appearances for councillors and participants, is untested by the municipality and could present unforeseen challenges.

According to council archives, Boyle was the consultant who helped form the municipality’s Natural Heritage Strategy back in 2013.

Answers to the questions posed at the March 21 meeting were expected to part of report to council March 28.

Chatham-Kent bears the status of having the lowest tree cover in all of Ontario at less than four per cent.