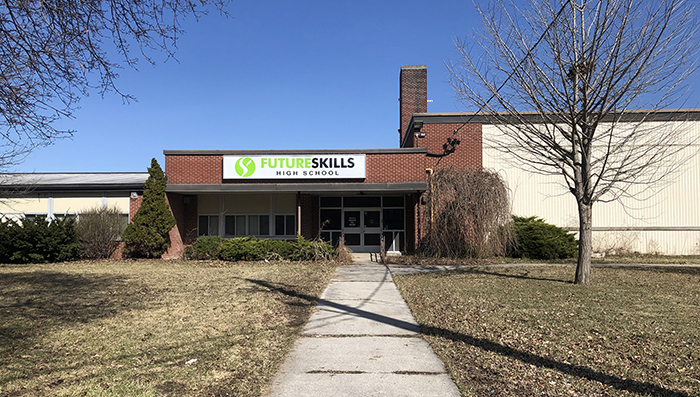 A vacant school in Chatham’s east end may turn out to be the perfect location for the municipality’s emergency homelessness shelter.

At Monday’s planning meeting, Chatham-Kent council was expected to consider a recommendation to locate the shelter at 185 Murray St.

The former Victoria Park Public School has been purchased by a group of local investors and is being offered to the municipality for a fee of $1 per year.

Chatham Coun. Karen Kirkwood-Whyte said relocating the emergency shelter to Murray Street provides an opportunity to all sectors of the community to come together to “test pilot” solutions to Chatham-Kent’s homelessness problem.

The Ward 6 representative said that no matter where the shelter goes, the concerns of nearby residents need to be addressed.

Neighbours of the proposed shelter location have contacted her, Kirkwood-Whyte said, and she wants to ensure their voices are heard.

“It is clear that wherever the emergency shelter is located, there will be neighbours who will want reassurance that their concerns and fears are addressed,” Kirkwood-Whyte said.

A champion for the vulnerable, Kirkwood-Whyte said the municipality needs to “create an opportunity for people in the neighbourhood to have their “specific questions” answered.

The councillor said she’s heartened by the response from the community to the shelter issue, adding it takes the involvement of many different sectors to find solutions.

“Collaboration is key in solving this issue,” she said.

According to the report, the lease at the former school would run until May 2025.

If council approves the proposal, it’s anticipated that $100,000 worth of renovations to refit the building would come out of the municipality’s economic downturn reserves. These funds are already approved in the 2022 budget.

This latest proposal comes on the heels of an earlier recommendation to relocate the emergency shelter to Hope Haven on Wellington Street.

However, the Hope Haven idea proved to be controversial, with many downtown merchants and business owners opposed the location.

Many cited vandalism and fears about the behaviours of addicted and mentally ill people, saying a shelter in the core would negatively impact the ongoing rejuvenation of Chatham’s downtown.

Downtown businessman Andrew Thiel spearheaded a petition against putting the shelter at Hope Have that drew close to 500 signatures.

The Hope Haven proposal was pulled at the last minute for the March 7 meeting, pending the new option from the investor group.

The lease with the Travelodge, where the shelter is currently located, expires at the end of May.