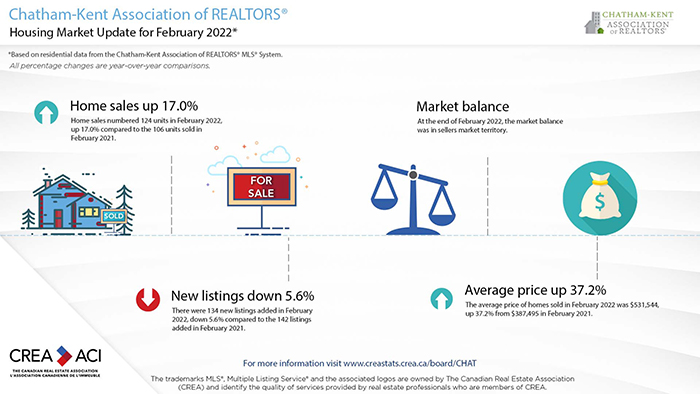 Another month, another record in terms of home sales in Chatham-Kent.

February sales of residential property in the municipality reached 124 units, up 17 per cent from 2021 and a new sales record for the second month of the year.

“Sales activity reached the best February in history, continuing the strong momentum we saw at the end of 2021 and during the first month of 2022.” said Amber Pinsonneault, president of the Chatham-Kent Association of Realtors, said in a media release.

“What’s really surprising is that home sales managed to record a level as high as they did with new listings only sitting around average levels for this time of year. Stronger demand has been eating into overall inventories, which are once again on their way back down towards record lows. With competition among potential buyers heating up, average price levels went north of $500,00 for the first time ever in February.”

However, the brisk home sales have drastically reduced the number of homes for sale. Active residential listings numbered 67 units on the market at the end of February, down sharply by 15.2 per cent (12 listings) from the end of February 2021. Active listings haven’t been this low in the month of February in more than three decades. 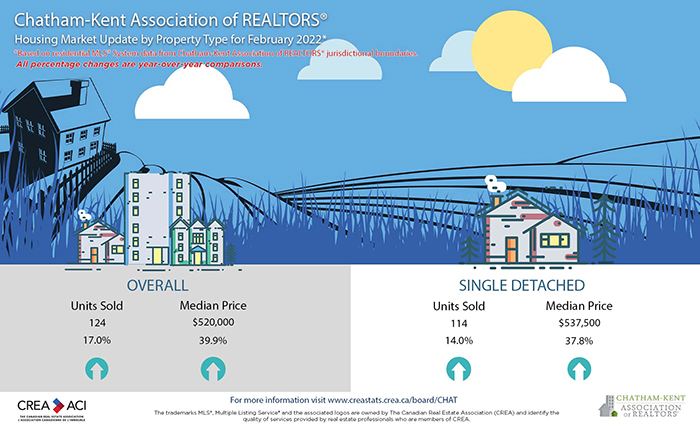