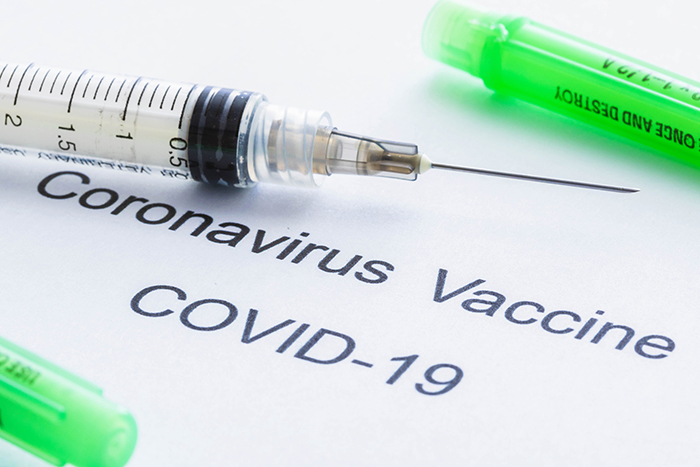 Chatham-Kent’s medical officer of health told the Chatham-Kent board of health our omicron COVID-19 numbers are “fairly grim.”

Two women, both in their 90s, died at the Chatham-Kent Health Alliance.

Colby, in his monthly COVID overview, called the numbers “dizzying” but did say the omicron wave may have plateaued at this point.

“Globally, the numbers are quite dizzying. It’s hard to imagine almost 333 million cases and five and a half million deaths,” he said. “We’ve seen almost three million cases in Canada, and almost 32,000 deaths.”

As he drilled down and moved closer to home, Colby said Ontario, where more than 29.5 million doses of the vaccines have been injected into citizens, there were fewer than 7,100 new cases reported Jan. 18, “down considerably from recent weeks. There have been well over 12,000 cases a day (in Ontario) in recent weeks.”

While those numbers appear to be in decline, hospitalization and patients battling COVID in intensive care units (ICUs) are up substantially from mid-December.

When Colby reported to the board in December, there were 385 people in hospitals across the province with COVID. As of Jan. 19, that number was nearly 4,200. Serious cases in the ICU reached 579 on Jan. 19; a month earlier the number was 152.

Colby said hard numbers of COVID-positive cases are no longer accurate. Tracking COVID has become exceedingly challenging, as the lack of PCR test kits and stretched manpower at testing centres has left “no comprehensive testing system” since the end of 2021.

“Because of testing shortages and manpower shortages due to the huge load omicron has put on the system, I don’t have any confidence the testing figures are accurate or are capturing even a significant fraction of what is happening out there,” he said.

Instead, Colby said he’s looking at trends to get as accurate a picture as possible on what is taking place.

Colby said the rise or drop in active case counts has a one- or two-week delay in translating to any increase in hospitalizations.

“The rate of new cases seems to be dropping considerably, but that’s not reflected yet in what’s happening in the hospital,” he said. “There will always be an increase in active cases long before we see an increase in hospitalized cases. It takes a while for people to actually come down with this and then it takes a while for them to get sick enough to be admitted to hospital.”

The volume of new cases over the past month has been staggering.

“It seems like yesterday since I reported we have over 3,000 confirmed cases. That number has gone up 2,103 since I last reported to the board (in December),” Colby said.

Numbers have risen across the board, including deaths. With the two reported Jan. 19, the total reached 38, with 13 of those coming since Colby’s last update with the board of health in December.

“That by far is the most grim report I’ve had to tell the board.”

Colby also looked at COVID figures from nearby municipalities. He said Windsor-Essex and Sarnia-Lambton rates of infection are “in line” with what’s happening here, if not slightly worse.

Provincial figures, Colby said, indicate the omicron wave may have plateaued, however, locally, it has not quite reached that point yet.

“I’m unable to say we are on a steep downside just yet,” he said of the wave.

Chatham-Kent’s vaccination numbers are about 84.5 per cent of people aged 12 and up, numbers Colby said were impressive, but still “lagging behind” provincial numbers. This is not due to a shortage of vaccines in Chatham-Kent, nor is it due to a lack of personnel to put needles in arms. Instead, he said it is due to a lack of people in the unvaccinated pool of individuals opting to get the jab.

In terms of vaccinations, Colby said the majority of cases of people hospitalized due to COVID-19 are people either unvaccinated or not fully vaccinated.

“We’ve had people go to the hospital with COVID, but are there for other reasons,” he said, adding the majority of them are fully vaccinated and not requiring extensive treatment for COVID-19.

“Getting people vaccinated is the best way to keep them out of the hospital,” he said. “The vaccine is highly protective against severe outcomes.”

He admitted it is only about 40-per-cent effective at deflecting omicron outright, however. That means that 60 per cent of those vaccinated are still capable of contracting COVID, and even if a small percentage present with symptoms that require hospitalization, the sheer volume of people in this category is seeing substantial numbers show up in hospital.