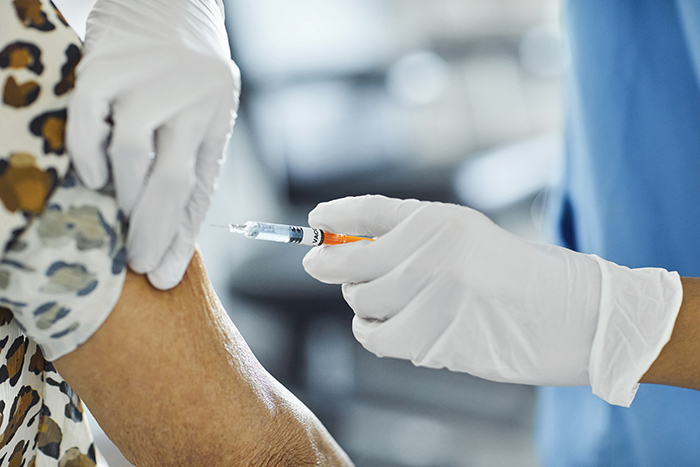 The unvaccinated have come late to the party, and now it’s time to focus on booster vaccinations, according to Chatham-Kent’s medical officer of health.

Speaking on a conference call Dec. 16 with local media, Dr. David Colby said CK Public Health is ramping up COVID-19 vaccine injections at the John D. Bradley Centre. He expects most of them to go into arms that have already been twice jabbed.

“It’s very hard to play catch up with the unvaccinated. They missed the bus,” Colby said. “In the fact of the omicron issue, a third booster dose appears to be very important in conferring protection, based on early information. We’re going to concentrate on those that have already had two doses and need a third one.”

That isn’t to say partially or unvaccinated individuals can’t book their vaccines, however.

Omicron is the latest variant of COVID-19 that’s quickly spreading around the world.

As of Dec. 20, anyone aged 18-plus can book for a booster if it has been 90 days since their second shot.

Colby said he expects the public will line up en masse for the boosters too.

“I think we’ll be vaccinating more people in a shorter period of time than we’ve done before,” Colby said, adding he is a fan of the 90-day space between shots two and three. “The province is trying to achieve a balance of getting people a third dose sooner so we get people protected, and maximizing immune response. A three-month booster is an excellent balance.”

For now, shots doled out at the Bradley Centre will be done by appointment only, with many bookings handled through the website GetYourShotCK.ca. Pharmacies are also providing vaccines as well.

Colby expects to grow the vaccination clinic at the Bradley Centre.

“We’re looking to expand the main area where we’d have our mass vaccinations also set up in the ballroom as well,” he said. “For boosters, we’re putting our money on the Bradley Centre.”

The medical officer of health said the primary indicator for his decisions on altering pandemic restrictions is what is happening at the Chatham-Kent Health Alliance.

“Hospital capacity is probably the main variable I look at when it comes to putting on additional health restrictions. If the hospital is getting in any danger of being over capacity, then I shall act,” he said.

Hospitalizations for COVID-19 have been steady, but the ICU and medical unit at the hospital have not been flooded as of yet.

According to Lori Marshall, CKHA’s president and CEO, it’s not knowing what is looming that is concerning.

“This is what is keeping me up at night – being worried about what may still be to come,” she said.

Colby also addressed the idea of travelling abroad right now. He does not recommend it.

“At this stage, everybody should know that travelling during a wave is maybe not the best idea,” he said.

The federal government recommended against travelling outside the country, but there is no hard and fast regulation in place.

The kits are voluntary for use and would provide parents and the boards with information on the status of the children prior to returning to class in January.

“We would be disappointed to hear of any wasted kits when so many people across the province are asking for the test kits,” John Howitt, director of education for the Lambton-Kent District School Board, said. “The rapid antigen kids are one of the ways parents can know if their kids are asymptomatic before returning to school.”