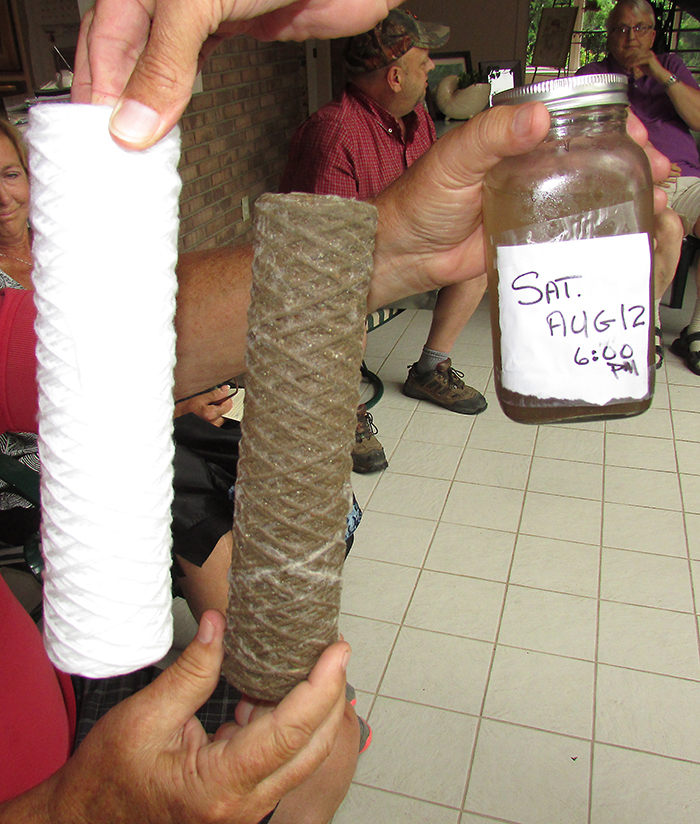 Editor: In January this year, The Chatham Voice reported that the Ontario government announced a review of water well interference in North Kent, specifically an examination of the discoloured, contaminated well water that dozens of residents reported was discoloured and full of black grit.
This “review” was preceded by an earlier announcement by the Ontario government that a full-fledged “health-hazard investigation” would be done, because there had been so many citizen complaints about contaminated water. Residents can trace the well interference back to pile driving and construction of wind turbines, and their location on the fragile Kettle Point Black Shale geologic formation.
As of today, 311 days have elapsed since the 2021 announcement. That’s 311 days that dozens of families have had to use water from huge storage tanks in their basements or garages; that’s 311 days of black water in bathtubs and toilets, and jammed filtration devices; that’s 311 days of livestock owners wondering whether they should be giving black or brown gritty water to their horses and cattle.
If this were to happen to people in downtown Toronto, you can bet action would have been taken before now. Instead, North Kent residents are told by the environment ministry that the black water is fine to use, or that their location is outside of the wind turbine “project area” despite fact the Kettle Point Black Shale formation extends throughout the Chatham-Kent area.
The people of North Kent deserve answers and action now.
Where is the report on North Kent water?

LETTER: The giving spirit shines through

LETTER: It takes money to pay for services

LETTER: Issues at the laundromat