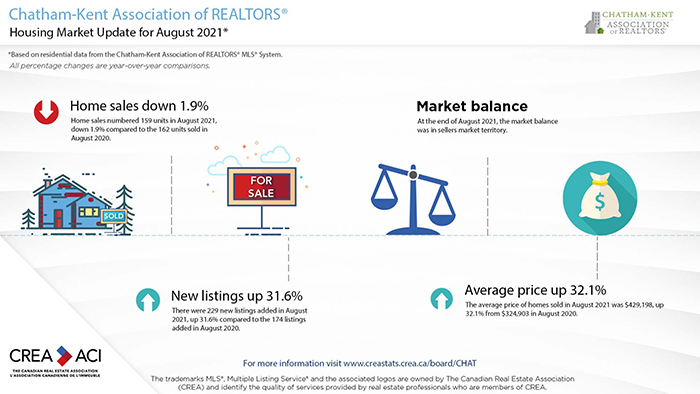 Chatham-Kent’s housing market slowed down in August, as inventory levels continued to rise.

Home sales are about 8.5 per cent higher than the five-year average.

On a year-to-date basis, home sales totaled a record 1,229 units over the first eight months of the year. This was a significant increase of 40.5 per cent from the same period in 2020.

“Sales activity continued to post strong gains, but realtors are still very concerned that new home buyers are being priced out of the market,” said Laura Tourangeau, president of the Chatham-Kent Association of Realtors (CKAR). “While we saw an uptick in overall inventory last month, overall supply is still trailing far behind demand, and as a result, prices continue to post new records. Housing should be a right, not a luxury for the people of Chatham-Kent.” 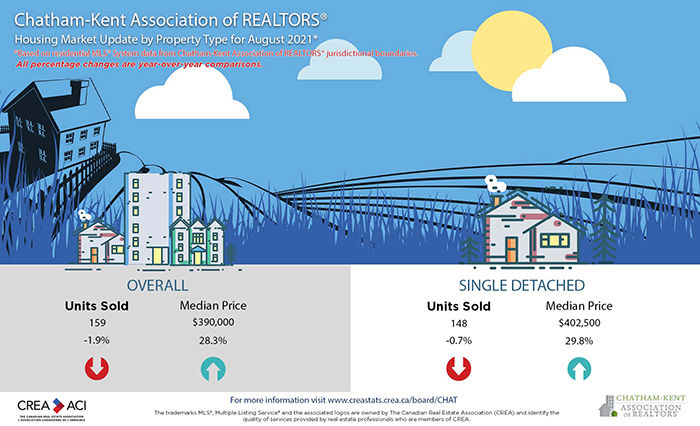