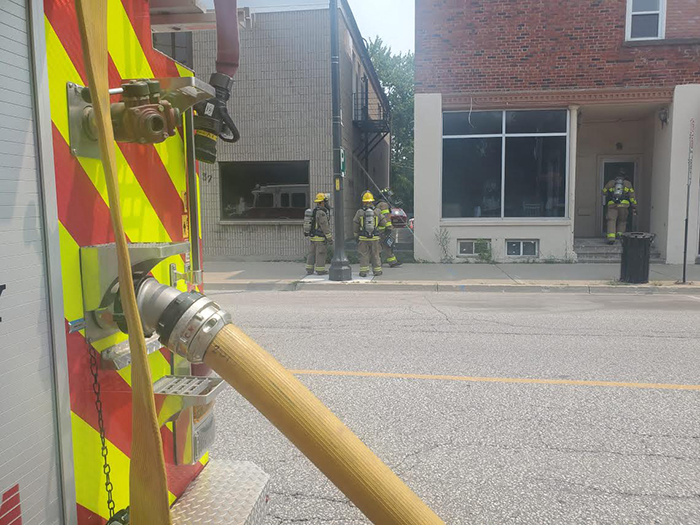 A state of emergency declared in Wheatley earlier this week because of the presence of hydrogen sulphide gas is being reduced to a single location.

The gas was detected Monday by way of monitors installed at 15 Erie St. N., the site of an earlier detection in June that forced an evacuation of the area.

According to acting municipal CAO Cathy Hoffman, intensive testing has revealed the gas release is thermogenic and is coming from a gas well.

Hoffman told a municipal press conference Thursday morning that readings in the last 24 hours showed no presence of gas and therefore the scope of the emergency site and the evacuation order have been narrowed down to 15 Erie St. N. only.

However the specific well where the gas is coming from has yet to be determined, she said.

Hoffman said the municipality was able to respond more quickly to the latest H2S detection, based on experience gleaned from Wheatley’s emergency order enacted last month.

Over the next few days, officials say ongoing gas monitoring will continue at the location to ensure a consistent period of stability.

Senior municipal officials, along with Mayor Darrin Canniff and Chatham-Kent Fire Service Chief Chris Case, are scheduled to speak with provincial officials today to update them on the developments and findings uncovered in the last 24 hours.

It’s hoped the municipality will be able transfer this matter to the Ministry of Natural Resources and Forestry.

Residents evacuated will be permitted to return to their homes once hydro has been restored this afternoon.

Affected businesses will be allowed to open once power is restored and relevant health inspections are completed.

Residents and business owners are being contacted by municipal staff to facilitate their return.

A total of 52 people in 23 homes and 13 businesses in the area were evacuated Monday.