Sometime in the wee hours of July 4, someone helped themselves to a flowering dogwood tree growing in Chatham’s Veterans’ Tribute Garden.

Unfortunately, it’s not the first time a six-foot tree has disappeared from the tidy, well maintained green space in downtown Chatham.

Leslie Waddell, who voluntarily tends the garden’s flowers and trees, said plant theft is increasing in the popular park.

And they’re not crimes of opportunity, she explained, as stealing a tree takes effort and planning.

“It has to be someone who has a garden and access to transportation,” Waddell said recently.

Earlier this spring, a different six-foot tree was stolen. However, Waddell said, the trees are just part of a long list of plants that have gone missing from the gardens. Lilies, irises, hostas and even a rosebush have been taken from the park.

Some of these are speciality items that are pricier than normal, Waddell explained, adding she uses her own funds to purchase items.

But she’s quick to point out she’s not looking for money, as caring for the gardens is her contribution to the community and a way to “give back.”

Waddell, along with volunteer Robert Laidlaw who helps on weekends, keep the gardens in tip-top shape. She goes nearly every day and can be found most mornings pulling weeds and deadheading flowers. In the spring and fall, she helps with clean up.

The Municipality of Chatham-Kent does its part by cutting the grass and removing garbage.

Waddell said the park is a popular spot for people to congregate, with many coming to drink a coffee or have lunch.

“The park is not just to honour war veterans,” Waddell said. “The community generally appreciates the gardens very much.”

The fact that the thefts are occurring in a space created to honour Canada’s war veterans adds insult to injury.

“It’s a memorial to all Canadians who have died for their country,” Waddell explained. “This is supposed to be a memorial place that is sacred.”

There are no security cameras at the park at this time, she added, but said Chatham-Kent police have agreed to step up patrols, as they are also monitoring the machinery being used in the Fifth Street bridge revamp.

According to Chatham-Kent Police Service information officer Renee Cowell, one arrest has been made in connection with Veterans’ Park. A man was charged for stealing flowers there in May.

Additional flowers were stolen June 30, and the dogwood tree was removed July 4. There are no suspects.

Cowell is asking the public to be vigilant and report anything they see at the park they may think is suspicious.

Waddell said that if anyone would like to help purchase plants or trees for the park, they can earmark a contribution at Ross’ Nurserymen in Chatham. 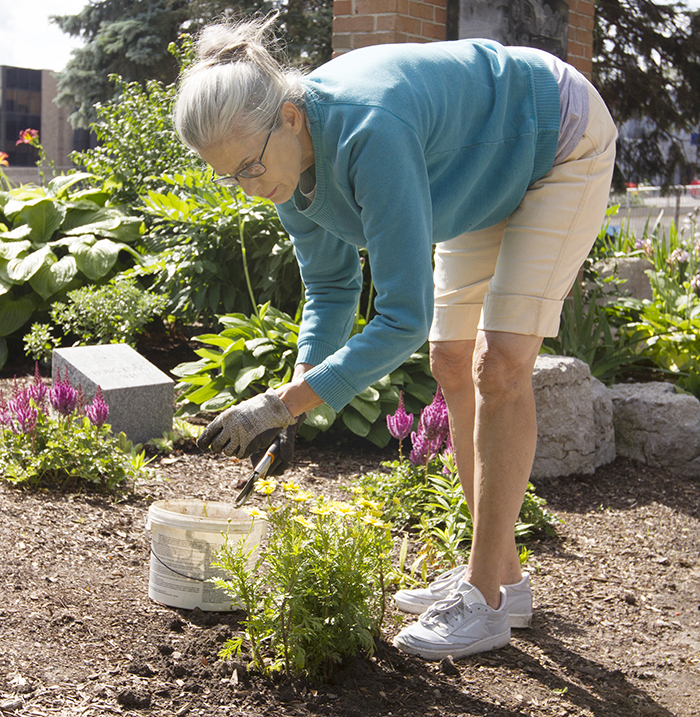