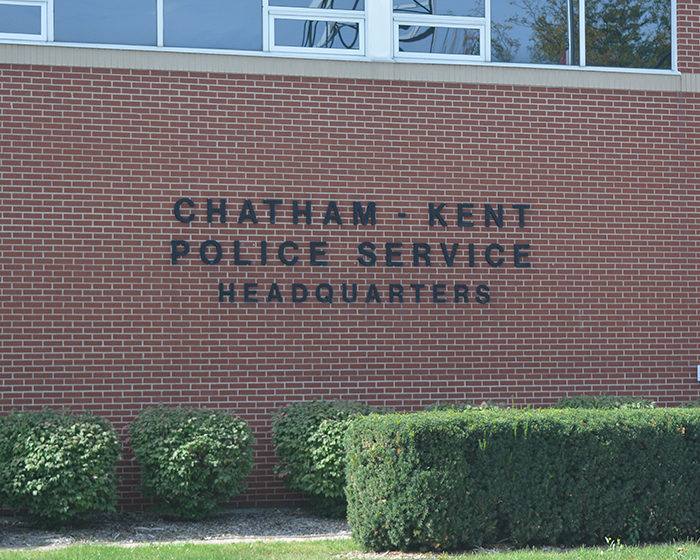 Sexual assault suspect turns himself in

A Chatham man walked into police headquarters on Thursday morning and turned himself in, in connection with a recent sexual assault in Chatham.

As previously released, on June 16, Chatham-Kent police responded to the report of a sexual assault under the Keil Street Bridge in Chatham.

Through investigation, police learned that a 16-year-old Chatham girl was sitting under the bridge, awaiting the arrival of a friend, when an unknown man stopped to talk to her.

The man sat down, touched the girl’s thigh and grabbed her wrist in an attempt to pull her closer to him, police say. The man fled as the girl’s friend arrived.

A 40-year-old Chatham man attended police headquarters Thursday morning and turned himself in. The man was charged with assault and sexual assault.

Police believe this was an isolated incident and there is no threat to public safety.

Preliminary investigation has revealed that the man was driving eastbound on John Park Line when he lost control of his motorcycle.

The 31-year-old Wallaceburg man was transported to Sydenham District Hospital and transferred to London via Ornge air ambulance with life-threatening injuries.

The Traffic Management Unit has taken over the investigation. Anyone with information is asked to contact Const. Dan Carroll at dancar@chatham-kent.ca or 519-352-1092.

Yesterday afternoon, police responded to an industrial accident at a residence under construction in Chatham.

Through investigation, police learned that a man sustained an injury from a nail gun.

The 36-year-old man was transported to the Chatham-Kent Health Alliance for medical attention.

The Ministry of Labour was contacted and has taken over the investigation.