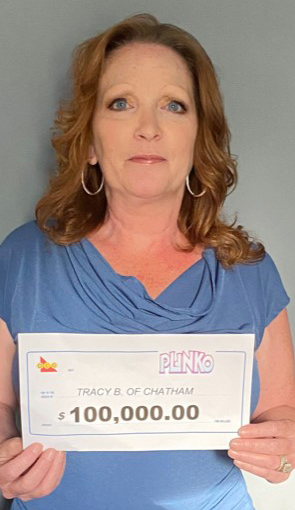 Another Chatham resident is all smiles these days following a recent lottery win.

“I play the lottery regularly,” Brinton said in a media release. “This ticket is special because the winning numbers are the same amount of years I’ve been married for!”

The 51-year-old hair stylist was at home playing her INSTANT ticket when she discovered she was a big winner.

Brinton told her husband and close friends and family about her big win.

She plans on spending her win on home renovations and saving for a retirement fund.

The winning ticket was purchased at Lucky 7 Variety on McNaughton Avenue in Chatham.