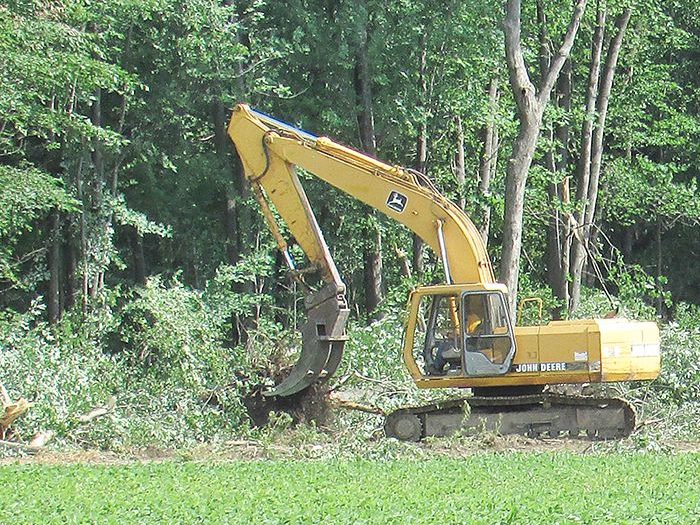 Bell said a local shift is occurring with regard to the value of nature.

“People are starting to get an awareness of the importance of the environment,” he said.

“Council is responding to public will now,” he added. “Actions speak louder than words.”

The long-time conservationist said he’s glad trees will be protected under the temporary bylaw, while administration explores its options.

Bell said pushback against the bylaw comes from a small group of farmers, adding the majority of Chatham-Kent residents support the change.

Council voted 11-7 to approve the first part of the bylaw, which called for a halt to clearing trees. However, elected officials were 100 per cent in favour of the remaining portions of the bylaw, which will see staff examine best practices in other jurisdictions and look at developing an incentive program to encourage the preservation of forest spaces.

But while many are celebrating the bylaw pause, farmers and agri-business leaders say the new rules will negatively impact Chatham-Kent’s rural community.

Kent Federation of Agriculture president Jay Cunningham said the majority of the organization’s 1,900 members are strongly opposed to the new rules.

“I would say the majority of the agricultural community does not support a bylaw restricting how we use our land,” Cunningham explained, adding farmers are good stewards of the land.

“It’s not in our best interest not to be good stewards of the land,” he added.

Cunningham said it’s not fair that farmers are targeted in the temporary bylaw, adding it serves to deepen the rural/urban divide.

“Everybody, whether you’re in the city or on a farm, should be held to the same standard,” he noted.

Cunningham said the KFA hasn’t decided if it will take any “overt” formal action against the bylaw, but the group will “definitely” be part of stakeholder engagement.

Cunningham criticized the bylaw’s timing, adding the group was given little notice that the motion was coming before council.