Chatham-Kent author Ashley Shuttleworth is blazing a trail with faerie fire; getting published in a genre traditionally dominated by male authors and writing about a group of queer protagonists.

Shuttleworth has recently seen their first book, “A Dark and Hollow Star,” hit book stores across North America and in the United Kingdom, published by Simon & Schuster, one of the big four of publishing houses around the globe.

The novel is based around the efforts of four LGBTQ friends as they race to stop a serial killer in Toronto. The crimes could expose the secret world of faeries to humans.

Shuttleworth said the novel bucks trends. It is based for the most part in Canada, it’s a fantasy novel set in modern day, and its main characters are LGBTQ.

“It’s an urban fantasy. It mostly takes place in Toronto, but there are other parts in Nevada,” they said. “I wanted to include the queer community. It is not a thing that is represented in fantasies, or at least not as well represented as heterosexuals.” 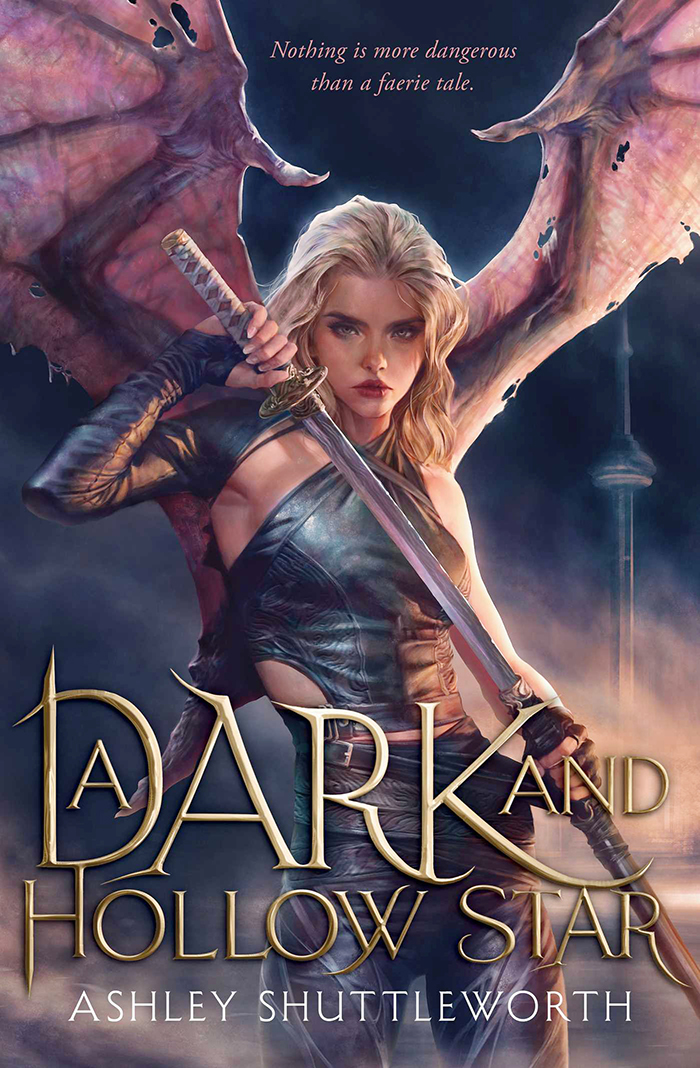 “Because it’s a fantasy world, you get to pick and choose what you want to include in it. I came at it from the angle of teens just doing regular fantasy things. But they are also queer,” they said.

Shuttleworth describes “A Dark and Hollow Star” as a mix of fantasy and mystery.

“You know what is going on, but you don’t know how it happened,” they explained. “It’s about four queer teens who join together to hunt down a dangerous alchemist plotting against the court of faerie folk.”

Shuttleworth said the novel can be considered a dark read.

“It is a fun faerie book that at the same time deals with quite heavy content. It is a book that deals with a lot of topics that we don’t discuss with kids that are very important, like depression and suicide,” they said. “I have a big author’s list in there that deals with all the trigger warnings for people who might not be able to tackle heavy issues right now.”

Shuttleworth said the tale is one they “needed to tell.”

“It was very personal for me. It was very cathartic to say some of the things I needed to say for so long,” they said. “It is hard to reflect on yourself and on society and on issues that have been bothering you for a while.”

Shuttleworth said they felt some pressure when writing the novel, not from their agent or the publishing company, but from themselves.

“I’m a queer author. I’m writing for a very under-represented community,” they said. “There is a constant pressure that I have to be perfect and all-inclusive in a different way than hetero or cisgender (not transgendered) writers have to be.”

The approach raised eyebrows and interest. Shuttleworth wrote the book in 2017, got an agent in early 2018 and signed on with McElddery, a division of Simon & Schuster, in late 2020.

“I was lucky enough to find an agent who saw it was timely as for where the market is, and an editor who felt that too,” they said.

Feedback from readers has been positive.

“It’s been going over pretty well. I get a lot of messages from the young queer community that are very thankful for it,” Shuttleworth said.

Shuttleworth said they are not done with the faerie fantasy theme. In fact, there is at least one more book in the series coming.

“It was sold as a duology. I have the second one that I am just about to jump into editing. That comes out next summer, tentatively 2022,” they said. “I am hoping to turn it into a trilogy.”

The second book will continue the story and follow the same characters, they said.

With one book under their belt and another on the way, Shuttleworth encourages would-be authors to follow their hearts, and get immersed in the writing community.

“For any hopeful writers, it is really important to become part of the writing community. Twitter is a good place for finding people to help you and support you and offer advice,” they said. “But you have to learn how to balance (social media).”