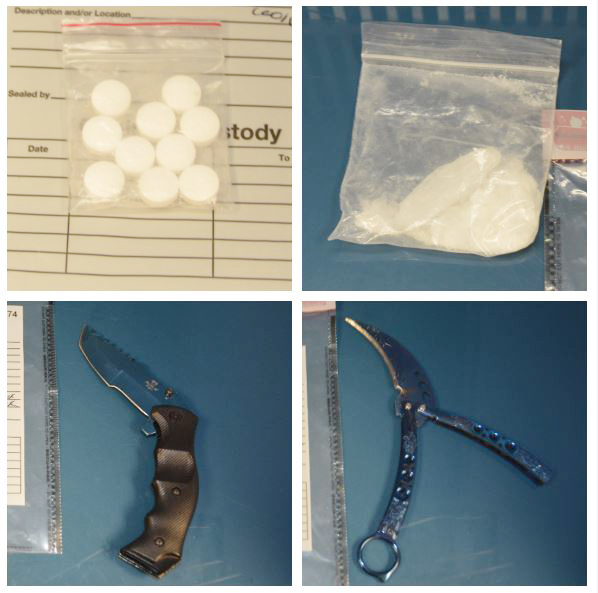 A Tuesday morning drug raid in Wallaceburg has led to charges against four people, as well as the seizure of stolen goods, prohibited weapons and illegal narcotics.

Members of the Chatham-Kent Police Service Intelligence Unit, with the assistance of the Critical Incident Response Team, executed a Controlled Drugs and Substances Act search warrant at a residence on Wallace Street.

Approximately $1,400 worth of suspected methamphetamine and oxycodone pills was seized.

A 23-year-old Wallaceburg woman faces charges of drug possession, unauthorized possession of a prohibited weapon and failing to comply with her release conditions.

A 33-year-old Sarnia woman And a 52-year-old Wallaceburg man are charged with two counts each of being in possession of property obtained by a crime under $5,000.