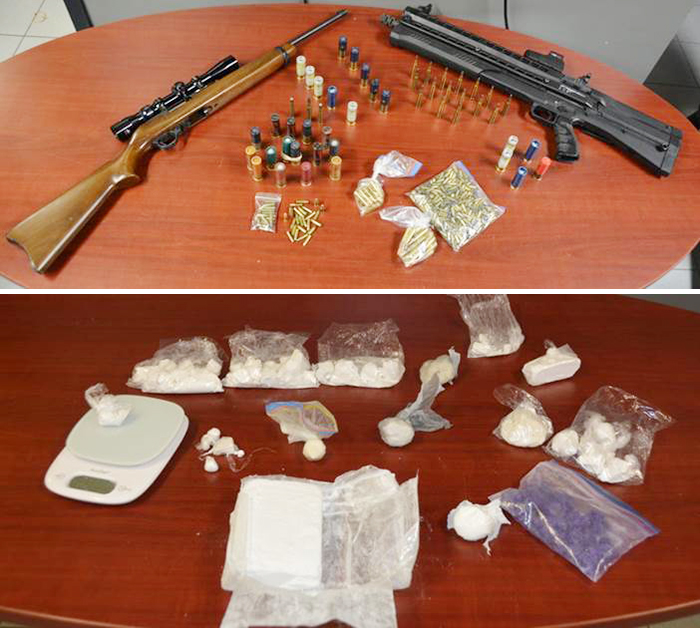 Three people face charges and more than $180,000 in drugs were seized in a pair of Wednesday night drug raids in Chatham.

Last night, members of the Chatham-Kent police Intelligence Unit, with the assistance of the Critical Incident Response Team and K9 Unit, executed the two Controlled Drugs and Substances Act search warrants in Chatham.

From a residence on McNaughton Avenue, officers seized suspected cocaine and a digital scale.

From a residence on Frobisher Court, officers seized suspected cocaine, fentanyl and a digital scale, as well as two firearms and ammunition.

Tyler Durocher, 21, of Chatham was arrested and charged with possession for the purposes of trafficking and four counts of failing to comply with his release conditions. He has been held in custody pending a bail hearing.

Shavone Johnson, 29, also of Chatham, was arrested and charged with possession for the purposes of trafficking. He was released pending a future court date of February 25, 2021.

Sherdon Baker, 31, of Chatham was arrested and charged with three counts of possession for the purposes of trafficking, two counts of unauthorized possession of a firearm and one count of careless storage of a firearm. He has been held in custody pending a bail hearing.