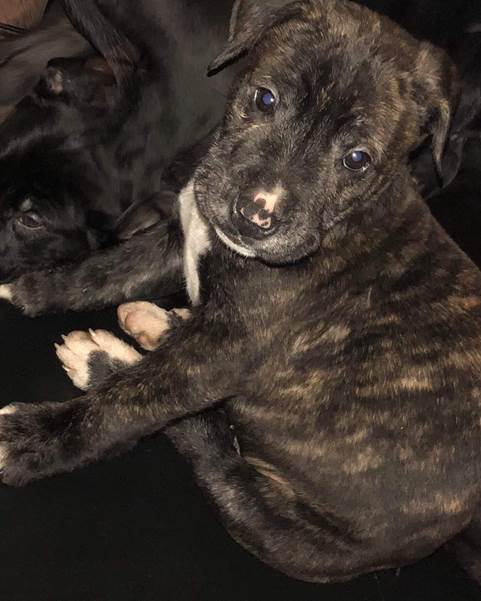 Who steals a dog?

Chatham-Kent police are currently investigating the report of a stolen dog from a vehicle on McIntosh Avenue in Chatham late Sunday afternoon.

The dog is an eight-week-old brindle bull dog named “Solider.”

With the assistance of video surveillance, police identified the woman they believe is responsible.

Last night, police located the woman and she was taken into custody. Through investigation, police learned that the woman was also wanted in connection with a previous shoplifting incident last week along with failing to attend court, three counts of theft under $5,000 and two counts of being in possession of property obtained by a crime under $5,000.

A 36-year-old woman of no fixed address has been charged with breach of probation, failing to comply with her release conditions and two counts of theft under $5,000. She has been held in custody pending a bail hearing.

On Dec. 10, the man was released from court with several conditions. One of those conditions stated that he was to obey a daily curfew of 9 p.m. to 7 a.m.

Around 10:30 p.m. last night, an officer on general patrol observed a man walking on Richmond Street in Chatham.

A 28-year-old Chatham man was arrested and charged with failing to comply with his release conditions. He was released pending a future court date.