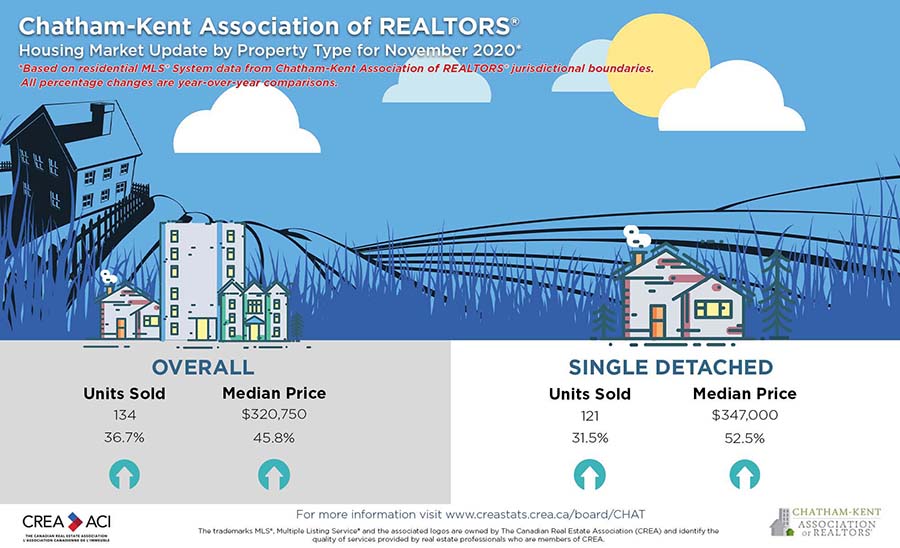 The number of homes sold last month in Chatham-Kent set a new all-time record for the month of November.

According to Chatham-Kent Association of Realtors (CKAR) numbers, 134 units changed hands last month. This was a large increase of 36.7 per cent from November 2019 and was also a new sales record for the month of November.

On a year-to-date basis, home sales totaled 1,259 units over the first 11 months of the year. This was little changed, down less than one per cent (10 sales) from the same period in 2019.

“Sales activity continued to surge even into late fall, with November setting a new record for the month,” Michael Gibbons, president of the CKAR, said in a media release. “With overall supply levels sitting at record lows and no relief of new listings in sight, the market remains very tight. It’s no surprise then that average price has once again hit a new record high.”

The dollar value of all home sales in November 2020 was $44.5 million, increasing substantially by 87.5 per cent from the same month in 2019. This was also a new record for the month of November.

There were 130 new residential listings in November 2020 increasing 15 per cent from the end of November 2019. This was the largest number of new listings added in the month of November in more than five years. 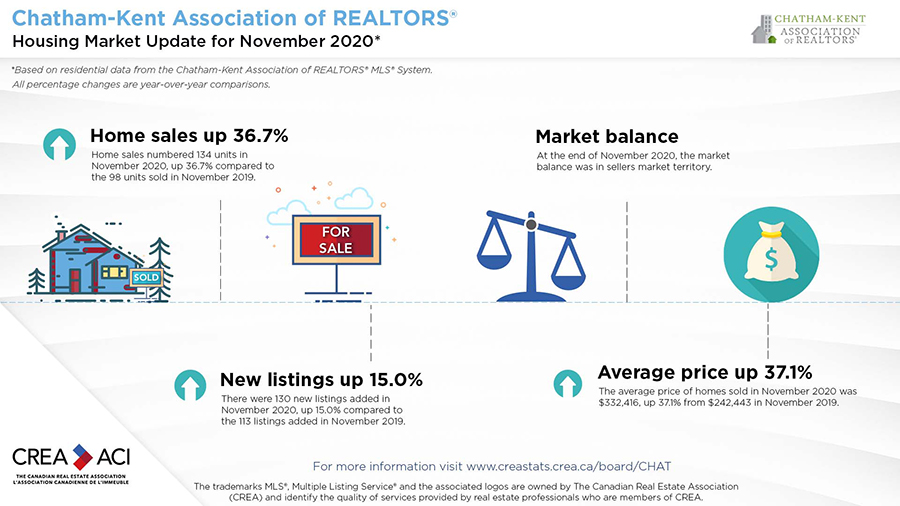