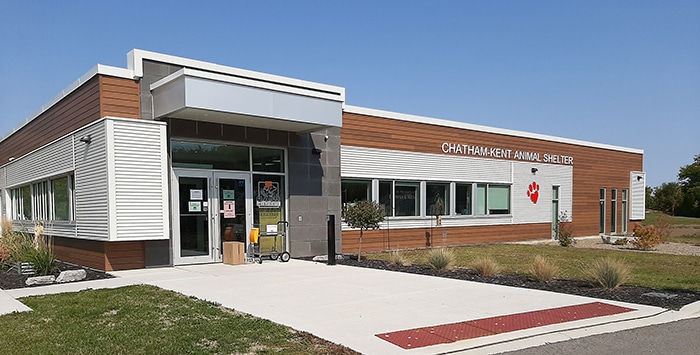 A Chatham-Kent resident wants to know what happened to her rescue cat and is questioning the local rescue’s procedures, which prevented her from adopting the stray.

Four weeks ago, when Regina Stockus saw a skinny, flea-infested cat traipse up to her steps, she just had to save it. The grey Angora cat, despite being malnourished and potentially sick, was friendly and kind.

“And I felt sorry for it. And you know, veterinarians are very expensive so I thought, OK, I’ll bring you to the animal shelter. Maybe they can help,” she said. “I said to them, ‘If the cat is OK, and there’s nothing major, then I will adopt it.’”

When Stockus arrived at Pet and Wildlife Rescue (PAWR) she had to fill out a very detailed form including the time she found the cat, where she found it, where she lived personally, and whereabouts it was wandering beforehand. She also left all her contact information.

When she went back to the rescue two days later she was told that staff were not allowed to give out any information regarding the cats. Stockus was informed that if she wanted to adopt the cat she would have to go visit PAWR’s website.

“I came home and I looked at the website, and all I saw was pictures of rabbits,” she said.

Benjamin Van Eyk, manager of Animal Control for PAWR, said that just last week the rescue saw 115 cats come through their door. At the time, only three were up for adoption on their website.

“They’re held on a three-day stray hold and then the turnaround for them to be able to medicate the amount of cats takes them quite a few days. A lot of them come in very sick and very injured. So it can take a couple weeks before we get a cat online,” he explained.

According to bylaws, all stray cats must be held for three days, not including the day they came in, until they are deemed medically fit.

Stockus also wants to know what happened to the cat, which she named Mr. Grey, to get some closure and reassure herself that she did the right thing. Even if the cat was too sick and had to be put down, she would have understood.

“All I wanted to do was find out how is the cat? I mean, was it sick? What’s happened to it? But they didn’t want to answer, that’s really what got me upset because people come, out of the goodness of their heart, to bring animals here, and of course it’s a closure,” she said.

Stockus said a staff member told her that it was impossible to keep track of all the cats brought into the shelter. What concerns her is that she filled out a bunch of paperwork, and told staff that she intended to adopt the cat, so she doesn’t understand why she would have to jump through hoops to give the animal a permanent home.

Stockus took the issue up with the municipality. Nancy Havens, manager, licensing services for the municipality, said the volume of cats PAWR deals with makes it impossible to get back to everybody on the status of each cat.

Havens only manages the contracts for animal control services paid for by the municipality, and does not dictate their policies.

Van Eyk said that PAWR has a “target zero” policy, meaning they are trying not to euthanize any cat. Some are transferred out to adoption agencies in nearby areas where there is less of a feral cat problem and adoption stock is low.

PAWR did not say how many cats are euthanized per year, and said they will release their annual numbers in the New Year.

Van Eyk said staffing is related to the amount of funding PAWR receives, which amounted to $797,713 in 2020 from the municipality of Chatham-Ken. It also gets revenue from individual charitable donations.

Aside from resources, the main issue with the backlog is Chatham-Kent’s stray cat problem in general, according to the manager.

To combat the issue PAWR just launched a cat spay and neuter voucher program for Chatham-Kent residents. Each resident will have access to a maximum of five vouchers per residence. Each voucher costs $40 and covers the cost of the cat’s spay or neuter procedure. They are also offering free microchipping of each cat registered for the program.

“If people spayed and neutered their animals a little bit more, I know obviously it’s high cost for the public to have to do that, but if they would do that it would definitely help,” Van Eyk said.

At the end of the day, Stockus is not satisfied with their policies and procedures. She wants to see greater transparency in the organization.

“That’s also my concern that people in the same position, who have an animal that needs care and protection will take them in, and the same thing will happen,’” she said.