Thanksgiving, from a distance

Oct 13 • Feature Story, Life • No Comments on Thanksgiving, from a distance 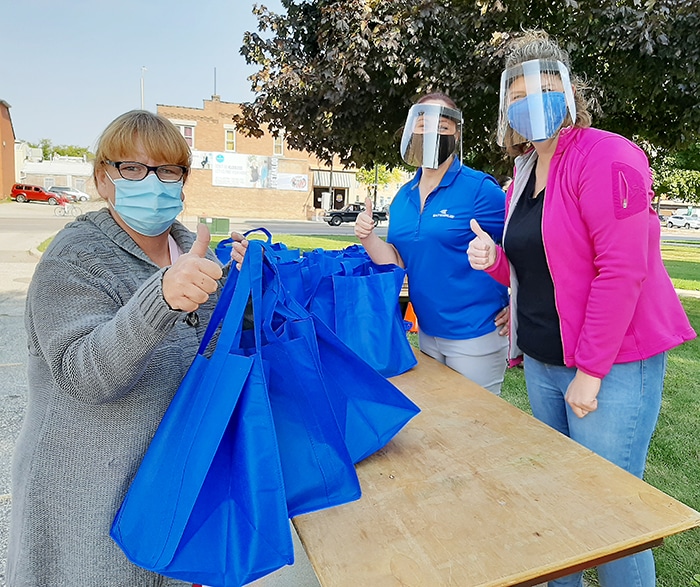 On Friday, Entegrus gave out 175 pre-packaged Thanksgiving meals in partnership with Burns Restaurant, Dresden, which provided the turkey, vegetables and mashed potatoes feast.

A long, socially distanced line formed 15 minutes before they even began and about half the meals were already gone.

This is the eighth annual Thanksgiving luncheon at the Spirit and Life Centre, Chatham.